He was afraid that if he had a companion with him, he would lose some of that supreme trust in God, deflecting it onto his companion.

– Pedro de Ribadeneira, writing of Ignatius’s travel from Manresa to Barcelona en route to the Holy Land, in The Life of Ignatius Loyola

At a certain point in my Ignatian pilgrimage I started to feel very worried for Ignatius. After his conversion he spent much of his time in solitude. When he re-entered society he jumped right into the role of teacher and advisor to those who sought his counsel. He slowly began to accept financial support from those who wished him well, but for a long time it didn’t seem like he had many actual friends. On a trip of my own marked by the companionship of fellow pilgrims, I felt a little sorry for him. 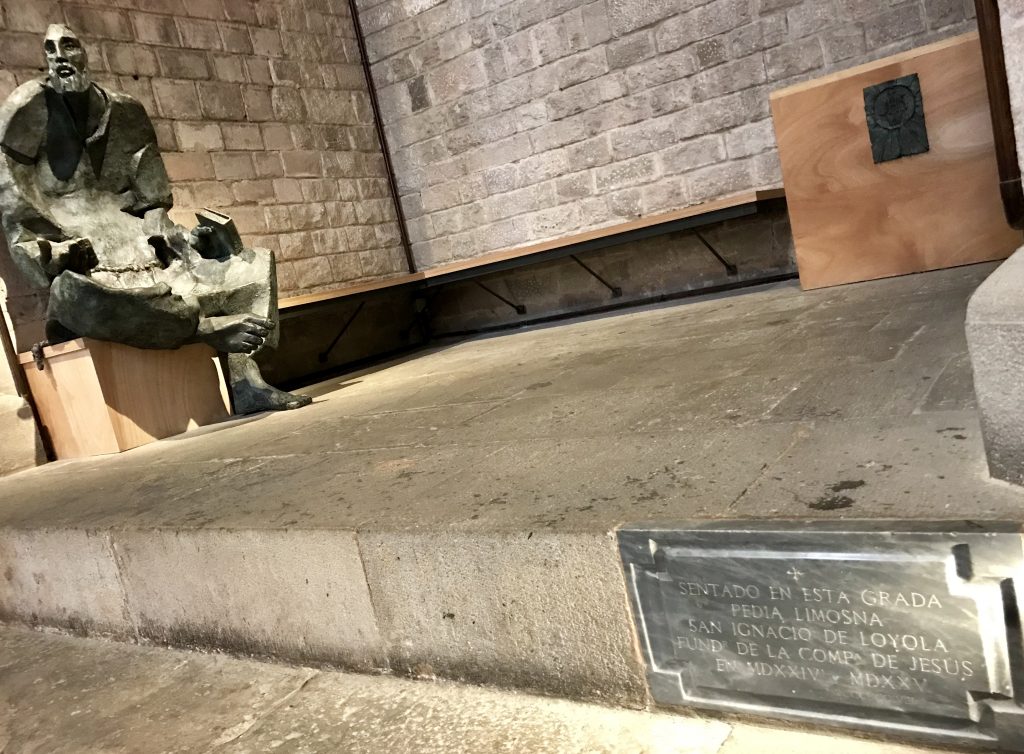 In Barcelona I spent quite a bit of time meditating on an experience I had had during my previous trip, at the end of 2015. That year had seen two surgeries, innumerable blizzards and snowstorms, a wedding, a new home, a big move, and the long recovery that came with the miraculous remission that surgery brought me. When we arrived in Barcelona after long hours of travel from the US that December, it was evening. We rushed out from our hotel to have the chance to see something, anything, before we collapsed with fatigue.

Ending up at the Cathedral, my husband and I sank into seats a few moments before the Cathedral was to close. I looked up at soaring Gothic interior of this edifice that took nearly 200 years to construct, and I was overwhelmed with gratitude.  Thank God someone had the faith to build this all those years ago, so that I could sit here, weary and undeserving. 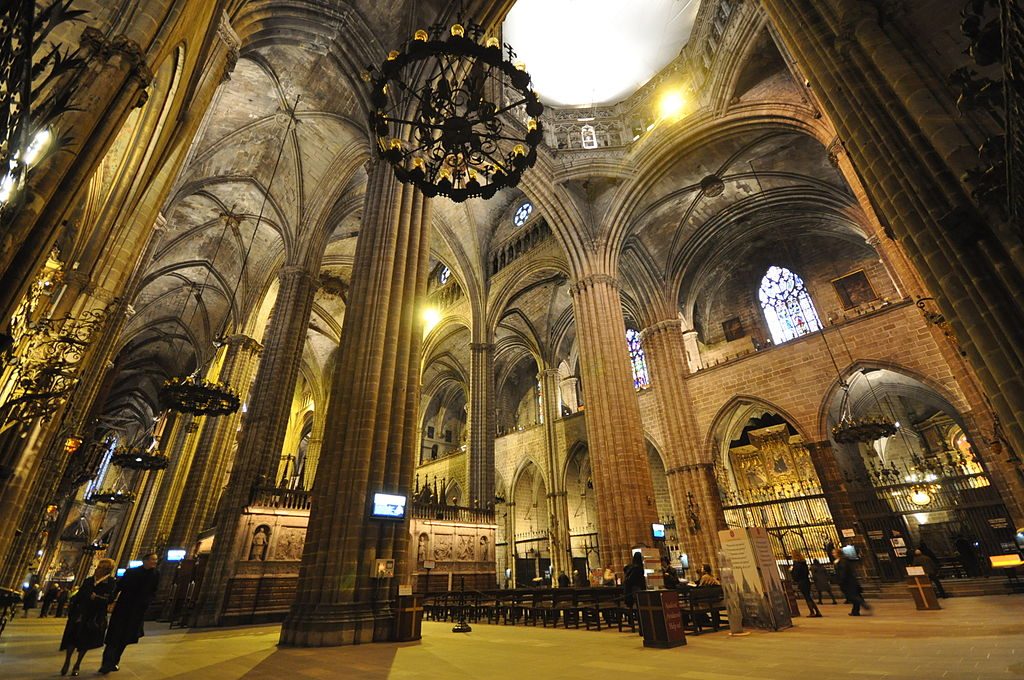 Wrapped up in that sentiment, of course, was gratitude for all the people who carried me during years of severe illness. Thank God someone was able to do things so that I wouldn’t have to. Thank God the saints in my life allowed me to be ill rather than pushing me beyond my temporary limits. And thank God for the grace to accept limits, to accept help, and in doing so to accept my brokenness.

And so on this most recent trip I wanted to grab Ignatius by his shoulders and shake him: relying on others is not unfaithfulness. Relying on others is a faithful acknowledgement of the truth of who we are: damaged, incomplete, fragile. It is allowing God to work in our lives.

Was this a bit of projection? Probably. I’m still looking back at the girl who resisted this lesson, who didn’t know how to be gentle with herself, who after a few years of what she wants so fiercely to be “normal” is in danger of forgetting.

First picture my own, of the plaque and modern sculpture marking the spot in Barcelona’s Santa Maria del Mar where Ignatius begged.  Picture of the Cathedral of St. Eulalia By Jorge Lascar [CC BY-SA 3.0 or GFDL], from Wikimedia Commons.  Quote from The Life of Ignatius Loyola, Claude Pavur, trans. Institute of Jesuit Sources 2015.