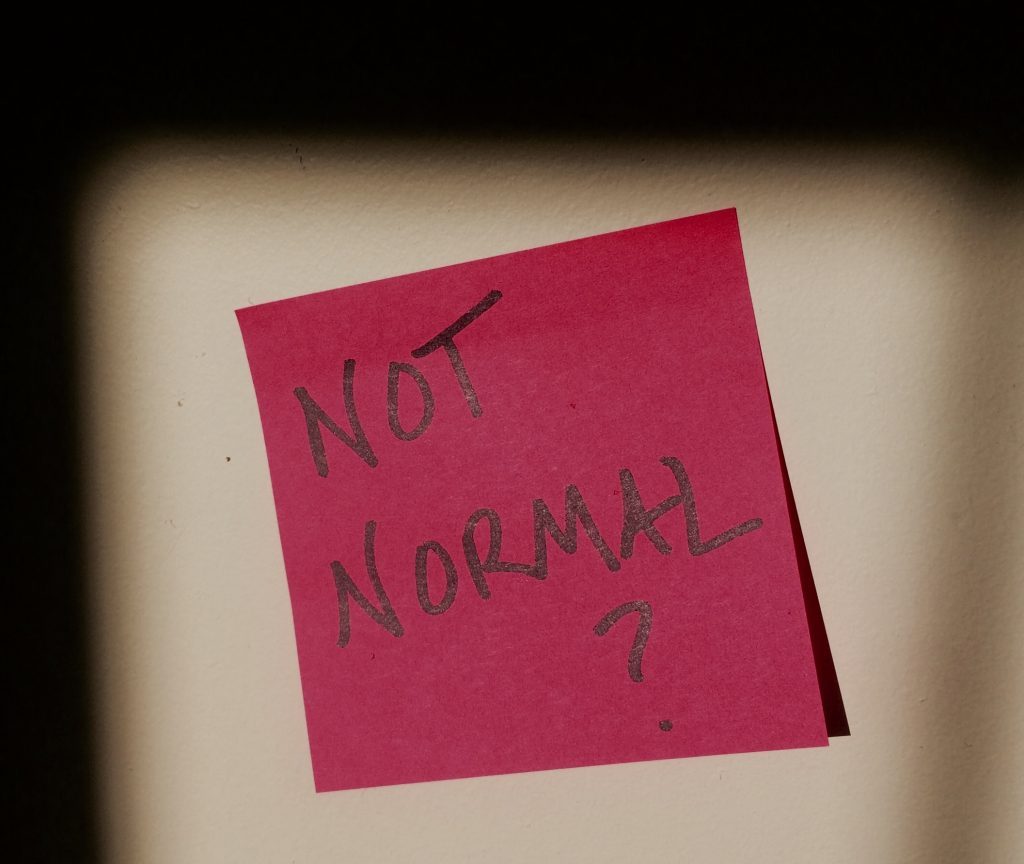 Over the last few months, as the cultural pendulum swing was confirmed by the result of the presidential election, it became popular to respond to shocking or troubling news with the expression “that’s not normal!”. The norms that were most frequently appealed to included racial equality, allegiance to facts, tolerance of difference, respect for women, government ethics, and other things we consider bulwarks of modern society. But many of these weren’t “normal” even a few decades ago.

Every time I read this phrase it is meant as a criticism, which suggests an overly positive attitude toward cultural norms. Thought I listed some that enrich our lives, many cultural norms are far from what I aspire to. I’m not going to get in the habit of aiming for normalcy.

I’ve spent a lot of time the past two months trying to figure out what goes in the space where “normal” once was. What is the standard that allows us to say “this is not__________”, and to have it mean something?

This is not legal? Laws change all the time, sometimes more easily than norms. Not constitutional? If that standard were clear there would be no need for a Supreme Court. We are left with words that, while suitable, are just as ambiguous. This is not just. This is not ethical. This is not moral.

It’s up to each of us to define what we will stand for and what we will oppose. If I don’t set my standards and simply rely on what is “normal”, my moral compass will wobble and worse. This is hard work, even for someone as pathologically introspective as myself. I wish we didn’t have to do it. I wish we didn’t have to make a case for putting people before profit, caring for the vulnerable, and behaving with civility. I grow increasingly convinced that we do have to make that case, so I’m making sure I know what my values are before we get any further into a new era.

It would take dozens more paragraphs to tell you just what my values are, so I’ll be brief and say this: I check every day to make sure my priorities are still rooted in the Gospel message. As for what area of changing normalcy that concerns me the most, I focus much of my reflection on attitudes toward money, how humans are manipulated and marginalized for profit, and why we are willing to overlook greed.

The world is changing, as it ever is, and what we know as normal will change too, as it always does. I’m trying to seize this opportunity to explore my own values, because I can’t fight for them until I know what they are.

Normal? No thank you. I think we can do better than that.