Church has always mattered to me.

I don’t know what it was about it that attracted me as a kid: the people there, the activities after, the light through the stained glass, the booming of the organ. Even when I didn’t love it, I knew that it mattered to me.

I literally can’t remember a time before I wanted to be a church singer. The person in front of us, leading song throughout the liturgy did something that was both important and beautiful.

My first church gig was obtained after singing at Macaroni Grill for a priest from a neighboring town. A few times a month I would drive twenty-five minutes to a modern worship space that more closely resembled an airplane hangar than a traditional church.

After I graduated high school I was able to “graduate” to singing at my parish – our pastor wouldn’t hire high schoolers. They paid twice as much and I got to show off for the people I grew up with. It was pretty sweet.

On breaks and summers and the occasional weekend, I would put on the same robes that the cantors I grew up admiring had worn, and sit in the same chair next to the Eucharistic Ministers for three morning masses. Once I settled in Boston and took on more gigs here, I would only sing at the parish of my youth on Christmas and Easter.

In my late twenties I gave up midnight mass. Our pastor, not a young man, seems to be one of the few priests who still wants to have midnight mass at midnight. Even the pope has moved it earlier in the evening. Singing O Holy Night at 1AM is a younger woman’s game.

Then I stopped singing the Christmas Eve vigil masses. They always conflicted with family parties at which I would have to arrive late or leave early. When I met my boyfriend, I was suddenly balancing two sets of families, only one of which lived in my hometown. So Christmas morning gigs were sacrificed. I was down to just Easter.

I made it a point to stay in touch with the organist there, not just because I wanted to keep my Easter gig. She came to the parish when I was five and I immediately started singing in her children’s choir, and later in the adult choir. When I taught music at Bible School she accompanied us at the final mass. She knew my family and my history and my voice better than anyone.

Just over a year ago moved for work and had to leave the parish. Everyone was heartbroken, and I was sad to say goodbye, even though for all intents and purposes I had said goodbye years ago. We’re from the Land of Steady Habits, after all. We’d had one pastor and one music director for over twenty-five years.

Another music director came and went (it just didn’t work out). My parents kept me apprised from their regular pew at the 5:00 pm mass.  I watched from afar, still on all the mailings lists because I come around once a year, as they searched for someone new and finally settled on yet another music director. I sent him quick hello and said I would see him Holy Thursday.

Earlier this week I got an email saying that the cantor was being moved from the front of the church to the choir loft.

You might as well have told me someone died. I was stunned for a few minutes, and later that night cried at great length.

There is almost nothing that has been the same for as long as I can remember. Things change and I hate it. There are little things I count on, and one of them is that when I go home and sing I will stand where I have always stood, with the same view of our patron saint glowing above the organ loft. 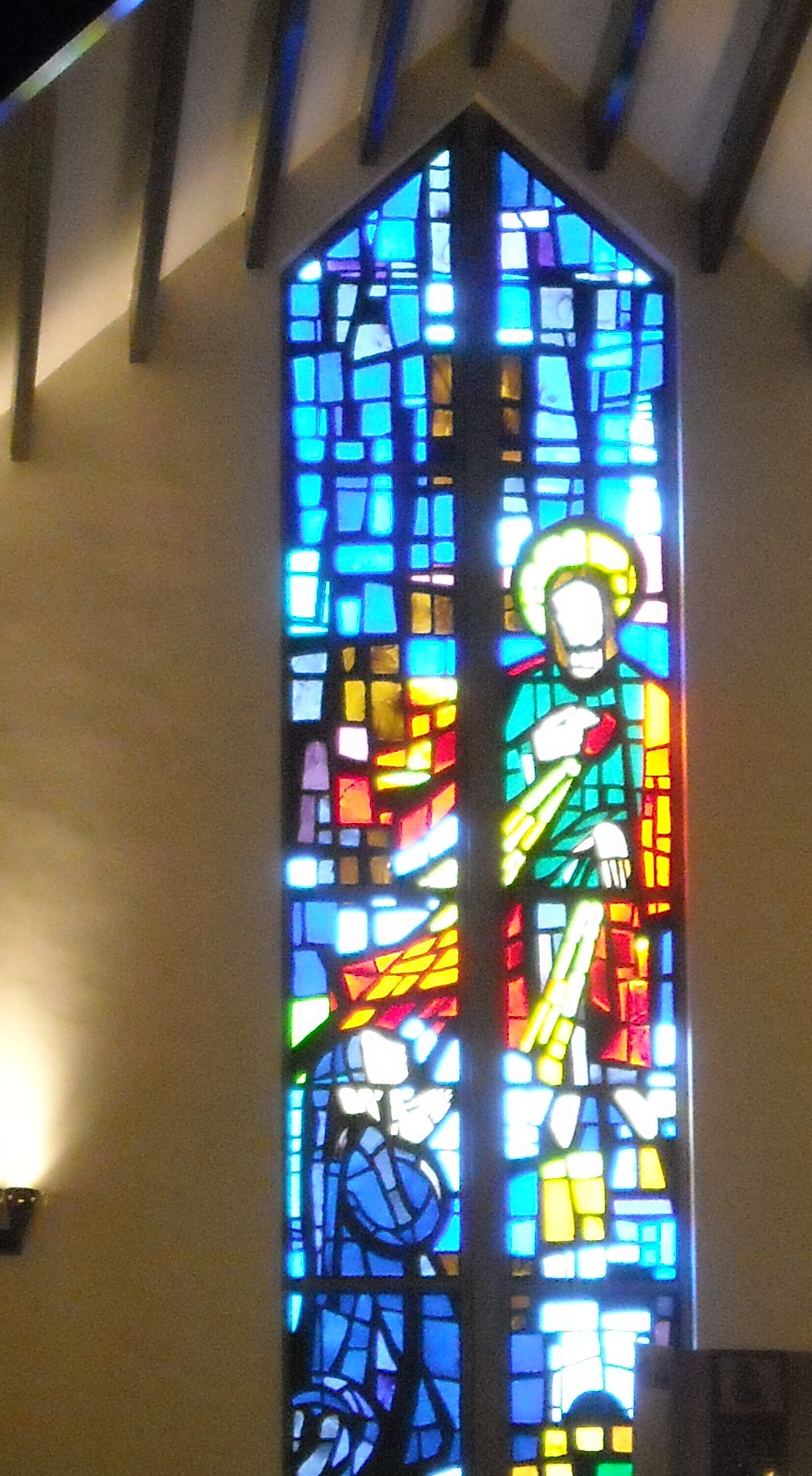 No matter how much evidence is presented to the contrary, I still cling to the idea that there must be something that is immutable. Sometimes the changes slide off my back, and sometimes they crush me, like this one does.

Moving the cantor means nothing lasts forever. It means I’ve grown up and moved on. It means that people move away and are ultimately forgotten. It means that someday I will bury my parents from that parish and never go back there.

When there are changes that upset me, I console myself with the belief that each one leads me closer and closer to accepting the inevitability of change in my life. I’m afraid I’m deluding myself.