The verdict in the OJ Simpson trial came down when I was in high school. I remember people were talking about it at lockers after school and I made some remark about how “he should have fried.”

I guess I thought it made me sound tough, but I realized almost immediately that it did not at all reflect my core values (that I said that just as I was embarking on a lifetime of opposing the death penalty is one of the many contradictions of adolescence). I still cringe when I think of it.

And I keep thinking of it this week, especially as I read people’s ideas on social media about the rallies and protests that we expect in Boston this weekend. Some of them have really surprised me. I have read violent promises, and statements that seemed to go oppose free speech, and thought “that doesn’t sound like the person I know.”

In reading many bits of advice on how to prepare for protest, a few struck me. One was from Rev. Laura Everett (whose excellent book I reviewed a few months ago) of the Mass Council of Churches. She advised:

We know that prayer is needed. Please pray for God’s provision, justice, wisdom, collaboration, and mutual support. We know that prayer changes things. There’s a whole lot of frenetic energy now. Get centered in yourself and God’s vision of justice and peace as best you can. This clarity and spiritual maturity will be helpful on Saturday and the long road to liberation for all God’s beloved children.

When we may be faced with conflict or even danger, we need to know who we are and what we stand for. I believe crisis reveals character, and what will rise to the top in a moment of trial is whoever you were before. This is not to say that we can’t join with others in public solidarity, which may indeed be formative, until we have our spiritual houses in order. But whatever work we can do to know what our core values are will aid us in the struggle.

The local chapter of Black Lives Matter has also emphasized doing the work ahead of time to be ready for what comes your way, through a series of nonviolent resistance trainings they have offered in advance of the march and rally they and others have organized. They have also been clear about what they are promoting and opposing, writing in a release

Saturday’s rally will stand in defiance of these abuses [white supremacy] and amplify the voices and truths of the most marginalized. It will serve as an opportunity for local communities to reassert our collective power and autonomy, and reaffirm our commitment to rejecting proponents of bigotry and their oppressive narratives.

BLM Boston/Cambridge have been models of being prepared. Because of their ongoing organization they were ready for this moment and were able to mobilize, which has been a gift to the many people in the region who want to take to the streets in opposing hate.

Because I am for truth and honesty, I am against banning the exchange of ideas. Let the free speech rally go on, so that we can show them how outnumbered they are and so the worst of them can go on the record with their hateful words. Nothing they say hasn’t been hiding in dark corners of the internet for years, avoiding it only lets it grow. Sunlight is the best disinfectant.

My hope is that Boston will see an energetic non-violent gathering of people who want to show their solidarity with those who suffer from racism, discrimination and bigotry. There is much in this world that we can be against, but I believe our opposition is most effective if it is rooted in what we are for: peace, unity, and justice. 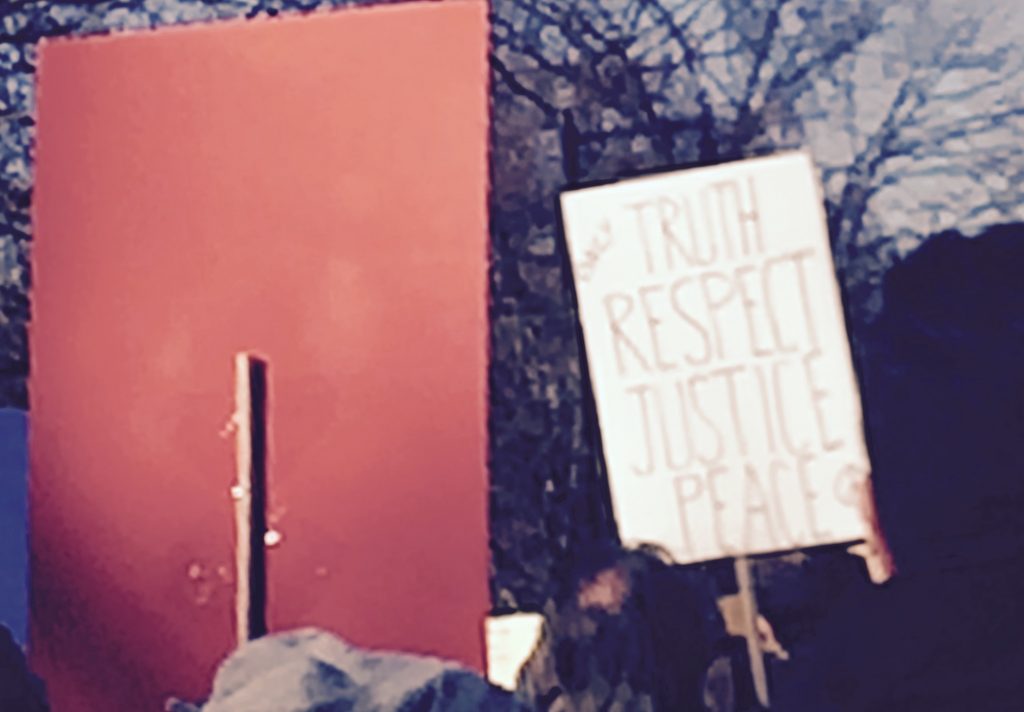 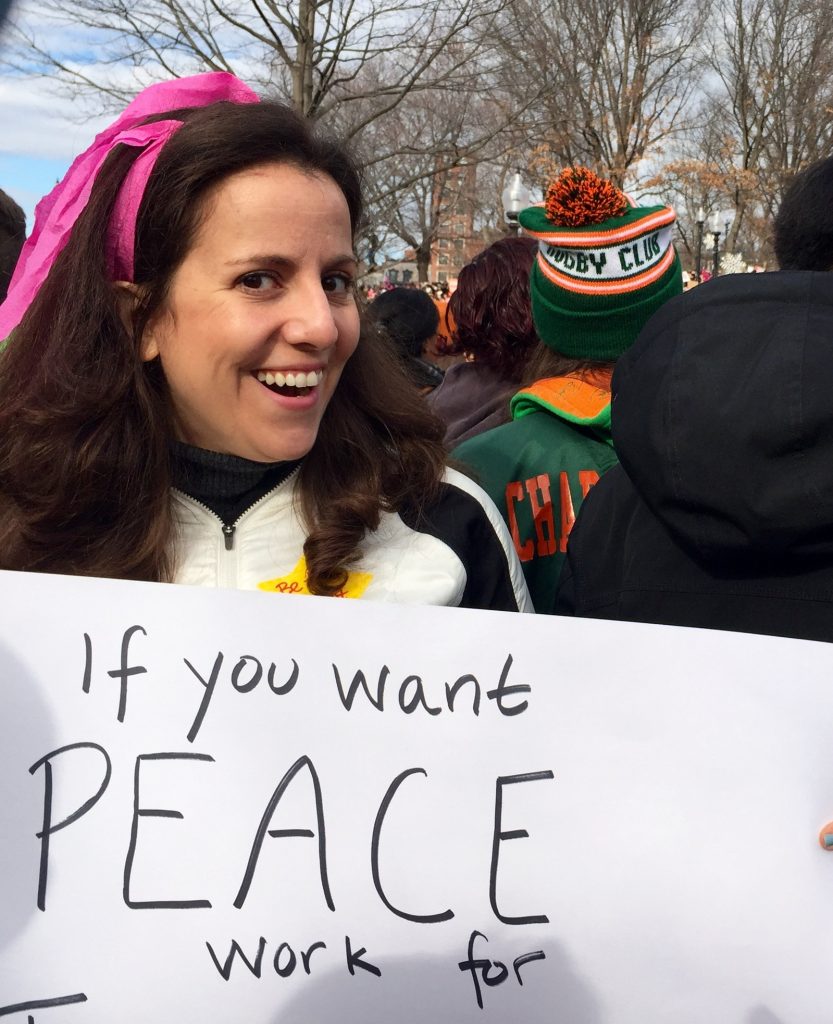 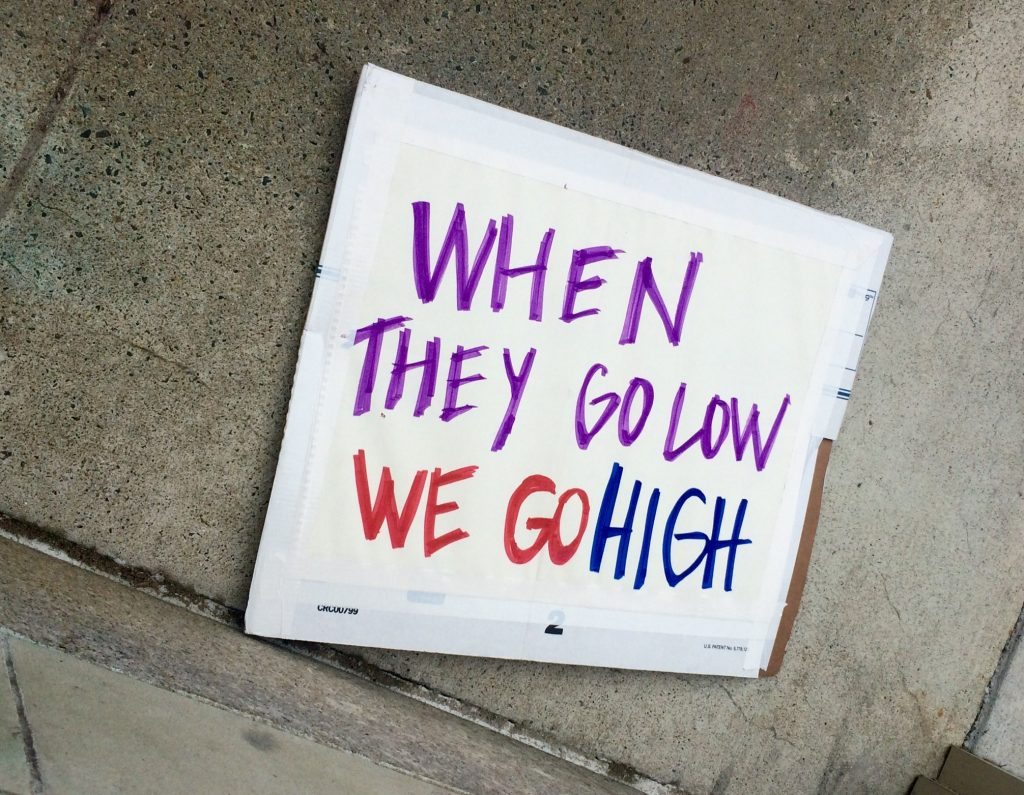 Photos from the Women’s March in Boston in January 2017, video from a rally in support of immigrants later that spring.