We probably would have taken tons of pictures of Scala dei Turchi even if we hadn’t been there during the most beautiful hour just before twilight. Scala dei Turchi literally means “stair of the Turks”, and is a striking mass of limestone that juts into the Mediterranean on Sicily’s southern coast near Agrigento, where Turkish pirates took refuge during storms in days gone by.

Excited to see this remarkable sight, we hustled down the many steps from the road to the nearby beach, trying not to think about how many flights we would ascend on our way back. At the shore we all but ignored the Mediterranean waters and rushed along edge of the water in the shadow of what we sought. 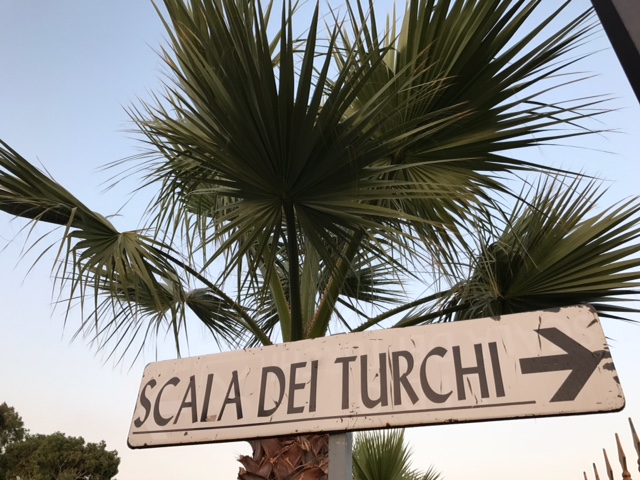 The stone was breathtaking, creating layers of “steps” that rose high above the sea. We followed the crowds walking up along the limestone, finally reached a level high enough where we could see the setting sun. Wind was whipping, waves were lapping below, and the light was perfect. We took a few selfies, in search of The Photo to Frame when we got home. 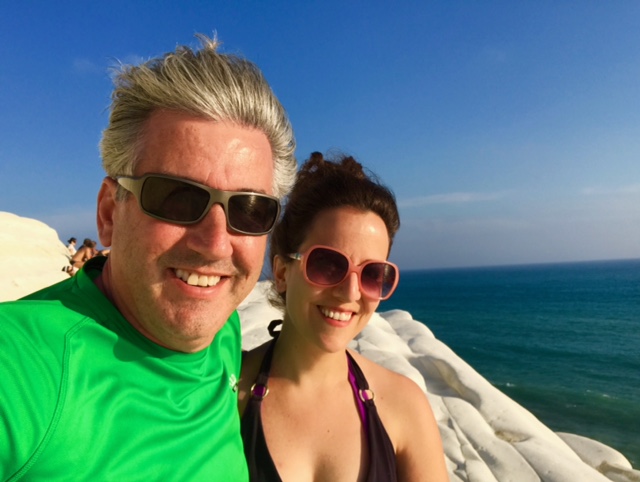 Then we sat, near other tourists using the narrowest ledges of the stone as benches, and beheld how beautiful everything was.

Energetic adventurers walked past us, some walking higher up and some moving closer to the water. One after another children, spouses, parents and friends posed while someone framed them on a cell-phone screen (or, more rarely, with a camera). One after another the photographers smiled while they snapped, delighted to see their loved one in such a magical tableau.

What a gift it is when we look at one another that way, seeing each other in a beautiful time and place and thinking “this fits”. We share in God’s gratuitous love when we look like that, shining such love so as to guarantee we will see and be seen in a certain light.

A note on the photos: first, credit for about half of them go to my dearest Robert Goulston, who takes better photos with a better camera phone than mine. It’s says a lot about the beauty of this place that I bothered to take pictures at all – I usually leave that to him.  I also feel like I should note that I don’t usually post pictures of people I don’t know as it feels like I risk violating their privacy. In this case I am making an exception because I found all of these people so adorable and loving in their photo sessions. If they happen to find these photos on the other side of the world, I hope they will be flattered!