When I chose to focus my graduate thesis on penance in the early Church, I believed that I was giving a lot of attention to wholly impractical topic (for such topics graduate study is made!), but I find myself coming back to one of the key ideas repeatedly as I observe news and society. The travesty of justice that occurred in the recent Stanford rape case calls this to mind again.

To early Christians, the idea of penance and reconciliation (which modern Catholics often call confession) was that it reconciled a person not only to God but to the Church. The Church Fathers believed that when one was reconciled they were reconciled to the Church, the Mystical Body of Christ. Penance was reserved for the most serious sins (generally apostasy, adultery, and murder), and was public.

Human nature makes public penance a very tricky business, but there are times I wish we saw more of it. What if our practices of rehabilitation included a public admission that we have sinned – and that such sin damages our relationship to the community? Perhaps then we could have true reconciliation.

As we learned more about the verdict in the Stanford rape case – about the defendant’s insistence that the only thing he did wrong was drinking too much, the judge’s leniency despite eyewitness testimony, the eloquent, brave victim impact statement that was seemingly ignored – I felt more and more disheartened. But it was the release of his father’s statement before sentencing that really caught my imagination. 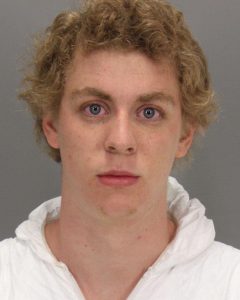 It’s natural for a parent to want to protect their child. This father, though, diminishes the reality of the crime that was committed and asks the judge (and by extension, society) to move beyond the unfortunate “20 minutes of action” so that his son can have his life back. In other words, he wants to skip the penance and get to the reconciliation.

The father describes, in a monstrously tone-deaf way, that his son has no appetite, that he doesn’t want steak anymore, that his days and nights are painful. That sounds like pangs of conscience to me. What if the father, instead of blaming prosecution for his son’s malaise, told his son to lean into those feelings because they were signs that he recognized his sin? What if he were told – or if he had been told all along – that the way to “be a man” isn’t to be a star athlete and display sexual dominance and aggression, but to take responsibility for your actions and admit when you have done something wrong?

The public (or at least the public on the internet) saw through this and was horrified. We want penance. We instinctively lean toward a public admission of guilt before we are ready to admit someone back into society.

The flip side of this, of course, is that we have to be open to reconciliation. Jokes about him being raped in prison, or even about ruining his life, deny the truth that there is the potential for rehabilitation in most criminals. It is hard to many of us to envision this for a man who appears unrepentant for such a violent act, and it is hard for others to envision it for the many young men, mostly African American, who are warehoused in industrialized prisons in the United States. Our black-and-white (double entendre intended) mentality wants the guilty to be forever defined by their guilt, and the not guilty to be…us.

In our nation, we don’t do penance or reconciliation very well. We don’t have the processes in place to ritualize them. In the early Church, one was reconciled through a dramatic liturgical ritual, and penance, as noted before, was harsh and quite public. I think society still wants this: the community wants to see contrition, and the offender wants to know when they are back in good graces. Where is there room for that in our courtrooms and prisons?

Imagining the American legal system to be more like the early Church both idealizes early Christianity and wastes mental energy on a synthesis that doesn’t quite fit. Where else can we imagine such reconciliation taking place? How can we continue to use penance and reconciliation to heal society and ourselves?

For further reading check out Rahner’s “Penance as an Additional Act of Reconcilation with the Church” in Theological Investigations X, if you can get your hands on it. I marveled at the way he wrestled with Aquinas. It remains one of the most striking things I have read on the sacraments.