This has not been my best year, healthwise. Pain was frequent and unpredictable, I couldn’t always guarantee I’d be well enough to follow through on commitments, and Crohn’s got in the way of my activity and productivity. Though I hate to admit it because I like to be stoic and tough, I have been in what could be called “crisis”.

At a certain point I realized I couldn’t just grit my teeth and pretend that nothing was wrong (otherwise known as “being Irish”), and I tried to be more intentional and tactical about how I tweaked my life to get through this frustrating time. These are the things that worked for me. 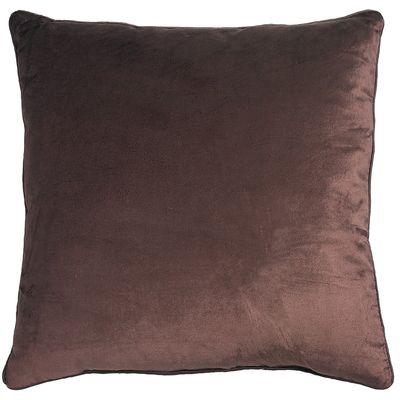 Occasionally after work all I can do is go home and plop on the couch.  Due to my pathological aversion to surrounding myself with nice things, it took months of doing this before I realized that there were a few simple ways to make myself more comfortable on those yucky days when I have to crash. I bought two soft new pillows and a flip top ottoman that doubles as a side table. They were cheap, easy fixes.

Your easy fixes will certainly be different than mine, but there is likely some low-hanging fruit you can identify that will make things that much more pleasant during a temporary crisis. Need to be in the car a lot? How about podcasts during the drives? Spending time in waiting rooms? Books, sudoku, trashy magazines – all of these can be your friends.

Most people in my life know about my disease. Obviously I’m open about it or I wouldn’t be blogging about it. I don’t see any virtue in hiding the fact that I’m sick, though others prefer to be more private about things. Being honest about what I’m going through welcomes other people into my reality, and helps them to understand who I am and what I do. Also, I stink at keeping secrets.

Sharing what you’re going through with someone is crucial, sharing it with everyone is not. Your support system kicks in when they know you need help, but bombarding strangers with woes might make them feel uncomfortable. I try to judge what I am going to share on this criteria: will it interest or amuse people (this is particularly helpful with Facebook posts)? Will it help someone understand something about me that they need to know in that moment? Otherwise it’s probably whining, which I try to limit to my mom and significant other (lucky them!)

Which reminds me of 2.5: acknowledge the people who help you. Thank them!

Know what to let go of

Around June I realized that I wasn’t going to be able to run or jog for a while. My energy was low (I would later find out I was very severely anemic) and the pain often flashed so hard while I was running that I couldn’t go on). It broke my heart, but I had to stop running until my flare got under control.  This meant that I couldn’t train for, nor compete in, the half-marathon I have done for the last eight years. It was a very difficult decision.

Some sacrifices are easier – this could be the time to finally beg off of that PTA committee! The sad reality is that crisis take time and energy, and that’s a zero-sum game. Put a few things on hold for a while and use that time to manage whatever is going on (as well as your sanity). It doesn’t have to be forever.

…and what to hang on to

The scariest and most difficult decision I had to make this year was whether or not to go to Africa. I had the opportunity to travel with a group of colleagues to facilitate an Ignatian Identity Workshop at a Jesuit school in Lusaka, Zambia. We toured Victoria Falls with some of the faculty from that school and went on a short safari in Botswana. This was a once in a lifetime experience and I knew I couldn’t turn it down, even if I was not feeling well.

I’m pretty sure everyone in my life disagreed with my decision, even if some were polite enough not to say anything about it. My doctor, because it is her job, was the most vocal about the danger of travel and the delay to changing my treatment plan due to certain restrictions in Africa (ie – I shouldn’t switch to something that suppresses my immune system when going to a place where my body isn’t used to the cooties).

There were a few times just before the trip when I legitimately scared. I didn’t think I would have a life-threatening situation, but I worried that the pain and complications would keep me from doing what I needed to, or that I would be laid up the whole time I was supposed to be having this adventure.

I knew I had to go, and now I know I made the right choice. I learned to tie a chitenge from the principal of the school. I rode across Zambia in a big green van emblazoned with “Zambia-Malawi Jesuits”.  I saw an elephant block the road to the Jesuit retreat house in Livingston, and waited for it to pass. I watched the sunset on the Zambezi River with a group of Africans and Americans and knew that God was present among us as surely as I knew that there were hippos in the water.

Going was a sacrifice, and it was worth it. You don’t have to drop everything even when it feels the world is dropping down on you. Trust your gut and if there’s something you don’t want to let go of, don’t.

My mother’s standard illness advice is “feed a cold, feed a fever” which might be why every list of tips I have ever written has included the admonition to feed thyself. When you have a disease that messes with your appetite, that can be challenging, but I made healthy juices in my juicer, and filled myself with good things when my appetite was up. 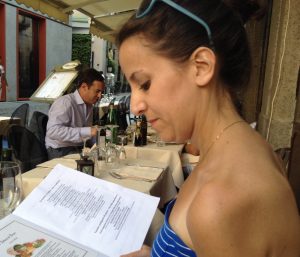 I also set some boundaries around my sleep time, staying away from technology and television right before bed, developing a habit of reading or writing or finding another way to wind down before attempting to sleep. I also bought a sleep mask, which may be funny looking but has changed my life.

Exercise is important too – walking and gentle yoga were about all I was up to. All of this adds up to self-care, and when things start to hit the fan we have to be strategic about self-care. Things are hard enough without dealing with a crummy night of sleep.

It is highly unlikely that things will ever go back to the way they were before.

[**throws self on the floor and weeps uncontrollably**]

It took me a long time to be able to admit that. I kept dreaming of my before-life, with a full schedule, lots of commitments, limitless energy and not a care in the world. All of my prayers were directed at that one intention: give me back what I had before. My heart resisted, grieving the life I had, the life I loved. But I couldn’t start buying new pillows, making decisions based on reality, and plotting out my real life until I let go of my past life.

…but keep looking forward with hope.

Which isn’t to say that I imagine things will be this hard forever. This is easier to say on days when I feel a little better, and easier still now that we have started adjusting my treatment and trying new things. Even on the really dark days, though, I tried to keep my eye on whatever my new beginning might be. Hope is not the same as optimism or delusion, it’s the conviction that because grace is always present goodness always has a chance to win. Hope is a mystery, and a hopeful future is just as mysterious, but it’s worth diving into that mystery and learning how to look for every drop of goodness I can find. Something’s coming, something good. Don’t give up. Be well.

How do you endure a tough time?