The Washington Post ran a piece this week on “What Catholic Women Want”, in light of Pope Francis’ assertion that the Church needs a “deeper theology of women”. I was very intrigued by Francis’ claim that our theology regarding women is insufficient, because I have often thought the same thing. Though I’m made nervous by most items that present Catholics, or women, or Catholic women, as a monolith, I found myself agreeing with much of the article. Today I humbly add my seven particulars.

The benefit of the doubt

Behold! Now approaches the Catholic Feminist! She’s disrespectful! She hates tradition! She glorifies dissent! She wants to wipe out the College of Cardinals and replace it with a matriarchal coven of womynpriests!!

If that’s what you’re thinking, just take a breath, OK? Instead of assuming that those of us who want to analyze gender issues in the Catholic Church are heretical harpies, try assuming the best of us.

I consider myself faithful to the community and the Magisterium, I have devoted my life to studying and serving the Church, and I am deeply in love with Catholicism. In addition, I cultivate a relationship with God through prayer, and try to let my discernment of God’s will guide my actions.

Too often, when people disagree with me, it’s not my actual argument they disagree with, but what their imagination tells them that people who ask questions are like. I wish people could assume I’m goodhearted before they start their rebuttal. And I do my best to do the same thing.

(On the flipside, I wouldn’t mind the benefit of the doubt in secular circles either. Don’t project on me your issues with what “all Christians are like”. I’m looking at you, person who told me I must have Stockholm Syndrome to stay in the Church.)

A t shirt with my credentials on it 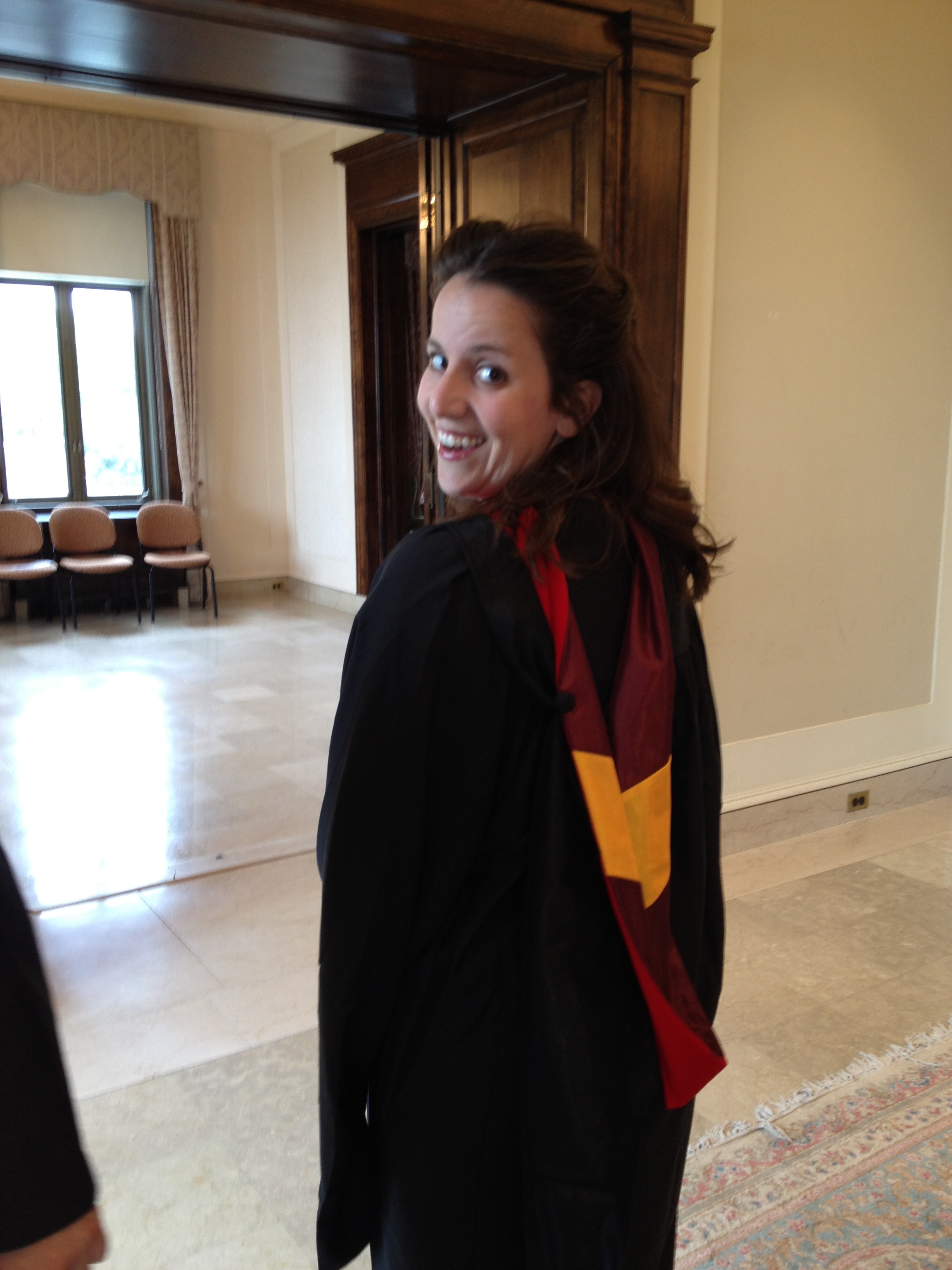 Another assumption with which I am often confronted is that I don’t know anything (see: mansplaining). This most often happens on the internet, so I’m not quite sure that a t-shirt that reads “I have two degrees in theology and more than a decade of experience in the field” would help.

Additionally, I have a rule that I don’t get in fights on the internet, so I can’t respond to a condescending comment or tweet with a sarcastic “Oh really? A cantor’s role is to lead congregational singing? They didn’t cover that when I got a master’s in liturgy!! Thanks so much for letting me know!”

Because I try not to write rants about people, I have never documented the times when priests have been dismissive of me when we’ve been working on liturgies together. Perhaps it was just in the nature of the individuals I was working with, but I can’t help but feel that their rudeness was because I am a young woman.

It’s likely that all of those people who begin their sentences with “Actually…” would do that to anyone, but would they assume that I was so ignorant or worthless if I were a man?

Some perspective on Theology of the Body

At the risk of kicking the hornets’ nest, I’m going to admit that Theology of the Body doesn’t do it for me. Much of what John Paul II said was lovely and affirming, but when they are all strung together into a theology they have at their core an emphasis on gender roles that rubs me the wrong way.

The reason I hesitate to write that is because so many of its proponents act like it dropped fully formed from the sky alongside Moses’ stone tablets and King James Version. It is theology, but it’s neither dogma nor scripture.

The themes that it touches on – embodiment, sexuality, relationships, and more – all of these need to be explored more deeply by people of faith. In fact, I think they contain the fundamental questions of life. If my prayer and conscience make it so that Theology of the Body doesn’t resonate with me, I don’t think I should be anathematized.

Permission to talk about things

Since I brought up embodiment, sexuality and relationships, I should double check: am I allowed to talk about those things? Or do they contain too many subtopics on which “the door is closed”?

I have been fortunate to have been a part of many communities where there was a spirit of academic and intellectual freedom, and I have not found them to be bastions of dissent. Rather they have been communities of great faith, where an honest exploration of difficult topics forced us to examine our convictions and pray about them.

What I’ve learned, though, is that if you are going to do that you better keep your head down. Theologians who don’t come to the “right” conclusions are told to shut up. Even on this small platform I can’t tell you how many blog posts I’ve started and then scrapped because I was scared that it would get the “thought-police” after me and endanger my roles as religion teacher and aspiring Catholic pundit.

I am ashamed that fear has kept me silent. That it is still keeping me silent.

Repeat after me: our sexuality does not equal our genitals.

Way too much of our religious conversation about sexuality is focused on mechanics, when in truth our sexuality encompasses much more than that. Our affections, our physicality, our creativity and our passions are all part of our sexuality.

These are good things, yes?

This is where you keep giving me the benefit of the doubt. Because I’m not saying that we throw out Catholic sexual ethics. What I’m saying is that there has to be a way to frame them that leads people to see these moral choices as the most life-giving option for their physical and spiritual life.

An end to the “power-hungry” accusations

As soon as someone asserts that women should have more leadership positions in the Church, a well-meaning (?) challenge is laid down: why don’t these women pray that they’ll be more humble instead of being so power-hungry?

I am fortunate that I am a leader in the Church through various ministries. I sought this leadership and this authority not because I am power-hungry but because I am a born leader. God has called me to lead.

When qualified women are denied leadership positions that means they are being denied an opportunity to fully express what God created them to be.

And when we are leaders, we need to be allowed to exercise that leadership. There is nothing worse than spending months on a project or a program, knowing it inside and out, having exhaustively researched and collaborated and planned, and then to have someone (usually a member of the clergy) sweep in and say “we’re doing this instead”. I have been there, and it is devastating.

To just be a person

To be anything other than a straight white non-poor male means that you walk around with a bunch of labels stamped on your forehead. In most of my relationships, personal and professional, the people around me don’t see the label and just see the person. That’s why it is even more striking when I walk into a sacristy and I can tell by the way I’m treated that they see me as “girl” rather than as “Margaret” (which, after all, is how I introduced myself).

None of these problems are unique to the Church. They are part of the wider culture. There are have been times in history when the Church has gotten out in front of the culture on issues of poverty, peacemaking, care for God’s creation, and justice for all people. They – we – have been daring in their willingness to strike back against the forces of dehumanization. In the end, that’s all I really want.