I’ve been trying to get a lot done this week, including practicing, paperwork, catching up on email, writing and running. Much to my surprise I found myself tired and a little stressed. So rather than a long, intellectual 7 Quick Takes, this week I’m focusing on some of my simple pleasures. 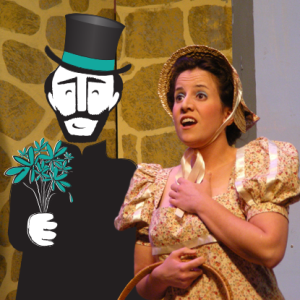 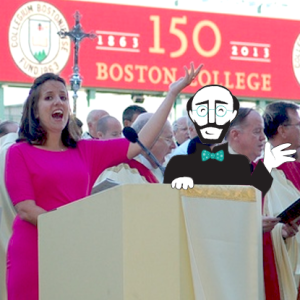 For the Feast of St Ignatius, the creative and talented Rosemary from Loyola Press took a few of the photos she used in my interview for their Arts and Faith series, and had Iggy photobomb them. I wonder, if Ignatius did the cantor “Holy hand” at mass, would everyone sing? And should he be bringing me flowers? I’m not sure I’ve ever gotten a St Ignatius’ Day gift before, but this is still the best.

When I was at the Assisi Performing Arts Festival, after the opera had closed and we were done singing at the Basilica of St. Francis and at the Vatican, I sang on an American music concert and was able to cut loose with a musical theater piece. It was a lot of fun, the crowd enjoyed it, and my piano player was really great to work with. Earlier this week the woman who recorded many of the concerts posted a video. Unfortunately I’m not able to embed it, but you should watch “Girl in 14 G” here. 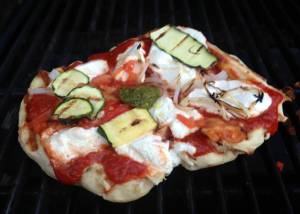 When we were leaving Italy I mentioned how eager I was to get back to preparing my own food. Half of the people around me couldn’t believe it. Why would I want to do all that work? The short answer? Because then I know what I’m putting in my body, and I get to be proud of what I’ve made.

Earlier this week I helped create a misshapen, sloppy, delicious pizza on the grill. It was perfect!

Two of the companies that were supposed to facilitate our travel home (Aer Lingus and Hertz) were disappointing on the way back from Italy. I’m not ready to malign them both entirely, but there were some serious problems. So this week I finally wrote out both of the “these are my criticisms and suggestions for how you make it up to me” emails. I suppose writing them didn’t exactly make me happy, but I was glad to have crossed them off the list.

Real books. Made of paper. 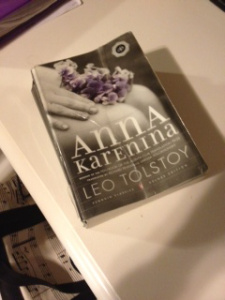 I read about half of Anna Karenina on my iPad while I was travelling. It was so convenient to only have to carry a tablet, not Tolstoy, but I was having trouble getting back into it when I returned. So I went to the library and got the paper version (an unfortunate side effect – realizing I’m not as close to being done as I thought). As a bonus, the library had the Pevear/Volokhonsky translation, and they are my favorite Russian translators.

Yes, I have favorite Russian translators. Stop making that face at me.

Back to running! Back to yoga! I got my sweat on this week and I feel like a million bucks…except when I am unexpectedly fatigued in the middle of the day because I worked out all morning. But so be it. I noticed that I was starting the day anxious, and when I got back from a run drenched, with sore muscles, gasping for breath, I was not stressed anymore. In fact, the imagination that has served me so well during my days as a runner (how could I be bored when I’m so good at daydreaming?) was churning out optimistic options to whatever I was feeling pessimistic about.

I can’t decide what to put for the last item: being able to see my brother and some friends last weekend? Making plans to see more friends this weekend? The amazing people in my life? Can I include people I don’t know, like Vivaldi and Faure and Mozart and Puccini, who joined me at the piano this week while I practiced for two gigs next week? Or should I just be happy that I have those gigs next week? How about time spent with my honey?

I read well, ate well, slept well, and lived well this week. Despite whatever anxieties and stress there may be, I’ll try to focus on those blessings.

What made you happy this week?