While contemplating a theme for this week’s quick takes, I heard something that prompted me to ponder my favorite Alleluias, both written and sung.

“A Christian should be an Alleluia from head to foot.”

These words are attributed to St Augustine, and if Augie said it, it must be true (with the exception of a few utterances during his Manichean days…but I digress). What attracts me to this axiom is the embodiment it proclaims: Praise is not just something I think or feel, but something that can be incarnate in me.

That one at the end of the dismissal during the Easter season.

If you’ve ever wondered “Does the presider tell the cantor when he is going to sing the responses?”, know that the answer is usually no. I can never, for the life of me, remember exactly where the “-ia” goes on this one, but no matter. Because it’s the end of mass, and because this is a rip-roaring chant, the congregation just wails away with gusto. It’s a beautiful thing.

His “Hallelujah” is quickly approaching “played out” status. I heard one reporter who could best be described as a dingbat call it a song of praise during a news report after the marathon bombings, which is not exactly an apt description. What I love about the piece is that is places praise in a dark setting, and presents an authentic, heartfelt spirituality that is balm to those of us who know the Cold and Broken Hallellujah.

Due respect to Leonard Cohen, I’m including the Jeff Buckley version because it’s the one I hear in my head, and it’s the one from that episode of West Wing at the end of season 3 when…well I won’t spoil it for you. 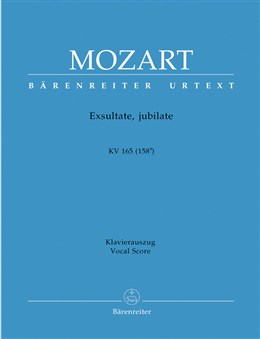 Recently I showed up for a gig at which I was expected to sing this, to find that the organist had prepared a choral version arranged for middle-school chorus with two pages of cuts, down a fourth from the original key. My musician friends will recognize this as a travesty. After some quick adjustments, we made it work, but it was tough.

I have sung this piece so many times I barely need to think about it. The sixteenth-note runs fly out, the high C at the end pops, and that’s that. I have sung this for years at my parish on Easter, and my father likes to joke every year that “at least you don’t forget the words” (because the only word is Alleluia). You can have a listen on my website.

Hold your horses, orthodoxy police, I’m not making a theological statement here. I just happen to really enjoy this song. It’s one of those that makes me dance wherever I hear it, and is a masterpiece of the “tipsy women dancing at weddings by acting out the lyrics” genre. God bless mother nature, she’s a single woman too.

The Alleluia movement from this piece isn’t one of the standouts, but I can’t miss an opportunity to give the Bernstein Mass a shout-out. I grew up listening to this two-album set, and have been teetering on the edge of love and obsession ever since. It is a creative, unusual work of art. If you’re not familiar with it, by all means check it out.

I like the text to this song, but I love the tune. Go Hyfrydol or go home, I say.

Aware that this is a cheap trick to quote one of my favorite hymn texts, one that doesn’t contain the word Alleluia in it, I leave you with this, a version of what is possibly my favorite statement of hope in all of the literature:

Changed from glory into glory
Till in heaven we take our place
Till we stand before the Almighty
Lost in wonder love and praise!

What would you include on a list of your favorite Alleluias?