Growing up in the 80s I remember kids teasing me by calling me “Margaret Thatcher”. We weren’t any more politically or internationally aware than your average grade-schoolers, so I’m not sure how this came about. That was when I began compiling a mental list of “Famous Margarets” (not long after came “Famous people from Connecticut”.)

Other women to whom I’ve related for no reason other than the name: Margaret from Dennis the Menace, St Margaret Mary (the patron of my childhood parish), Leo’s secretary from The West Wing, “Are you there God, it’s me, Margaret”, and Meg Ryan (whose given name is Margaret). 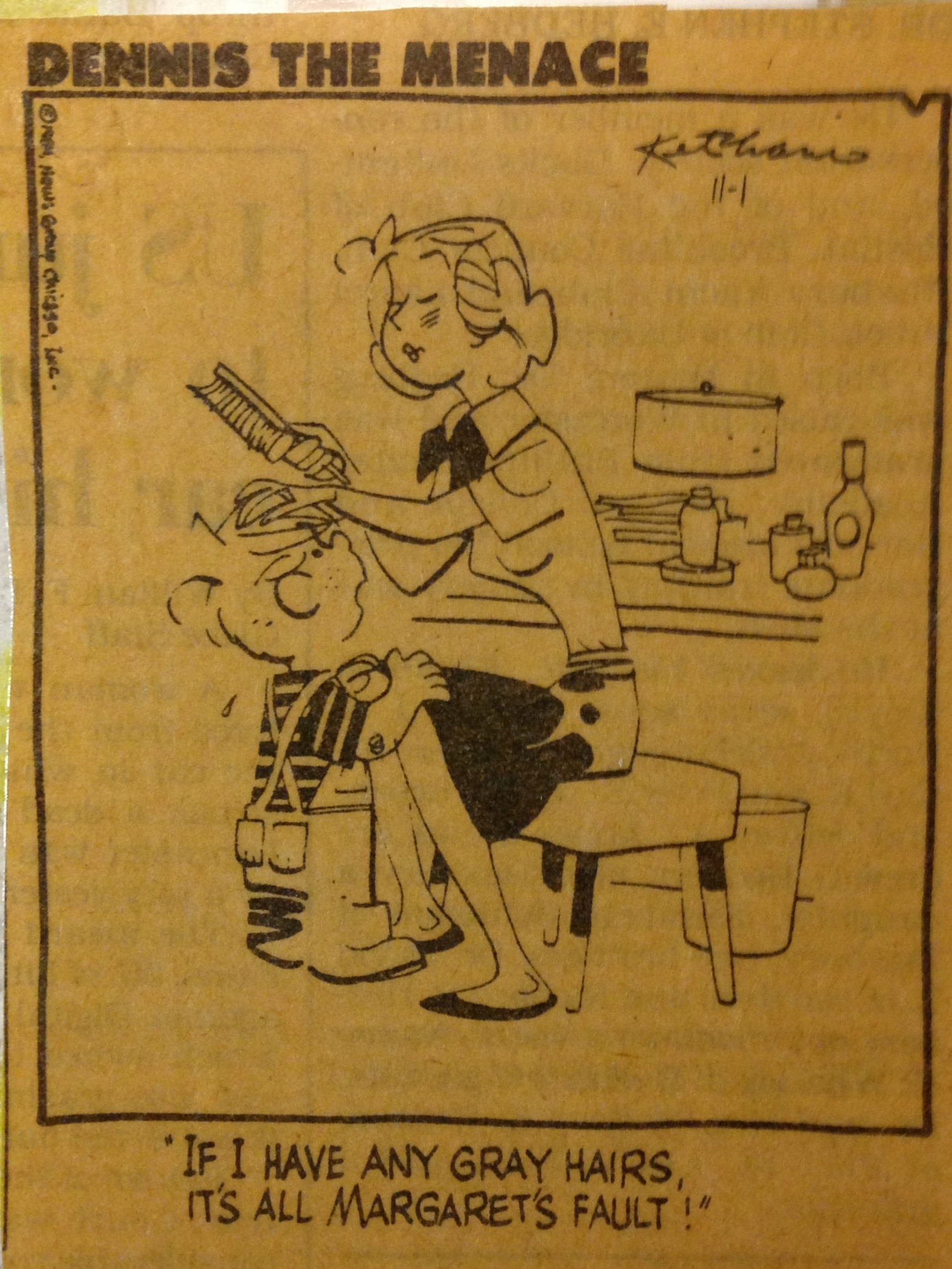 “Respectful” is a loaded term

I doubt that the United States would have mobs rioting over the death of a former political leader. In fact, the unequivocally heinous Osama bin Laden has been the only person whose death I can remember seeing celebrated in my lifetime, and even that seemed tasteless to some people.

What is it about Americans that makes us less likely to do that? I am hesistant to say it is because we are better people. Maybe it’s just that we don’t care as much? Or too many of us live in suburbs without a public square on which to riot?

Disrespectful can often be code for “we don’t want you to talk about this”. In the aftermath of the Sandy Hook tragedy, uncomfortable conversations were shut down with the admonition that it wasn’t respectful to talk about x while people are mourning. I’m all for respect, but some things should be talked about when they’re hot. If a public person’s death is causing conversation about public policy, then we should let people run with it. Let’s go easy on the rioting though.

Using the standards in the previous paragraph, I don’t know if it is respectful or not to give my opinion on Reagan as a president. I would tell you some of my mother’s choice quotes about him, but that wouldn’t be fair to her privacy, nor would it be appropriate for a genteel blog. Let’s just say I wish he hadn’t funded oppressive Latin American oligarchies  I wish he hadn’t presided over the invention of homelessness in the United States, and I wish he hadn’t promoted the “us-vs-them” mentality that tries to disguise mean-spiritedness as patriotism. (A more informed and more vulgar condemnation can be found in the archives of Charlie Pierce’s blog.)

While he and I are pretty far removed politically, he and that other Margaret were “political soul mates”. So that’s saying something.

Reading Russell Brand’s essay on Thatcher, I thought “Right on!” Brand (yes, that Russell Brand) wrote of her focus on individualism and that her policies generally were meant to take from the poor and give to the rich and powerful.

Then I read Jeff Jacoby in the Boston Globe. I don’t generally agree with Jacoby, still, he wrote a pretty convincing piece hailing Margaret Thatcher as a champion of democracy. The fact that he rhapsodized about the glory of the free market clued me in that perhaps our ideologies were irreconcilable. But at first reading I had no idea if he was right or wrong, or if his facts were true but his conclusions faulty, or if I was a secret Thatcher-ite. Because there is so much I don’t know anything about.

For those of us who have no idea what is happening in foreign countries (ie Americans) it has felt like a mad rush to learn just enough to be able to pontificate. On the bright side, no one around us knows that much either, so we can be safe in our opinions.

I look at the world and I see community. I see “we’re all in this together.” I see “we must hang together or we will all hang separately.” I see ” If we have no peace, it is because we have forgotten that we belong to each other.” I see a world in which we are all safer when everyone is cared for and protected. This informs my decisions, shapes my opinions, and causes me to relate to Russell Brand’s take on events rather than with Jeff Jacoby’s.

Would that life were easier. People do not all see the world the same way, and sometimes it feels as if there is no common ground to stand on. These disagreements run deeper than whether or not we like Thatcher or Reagan or Obama or Clinton. They have to do with the way we make meaning of the world, so a criticism of our take on a political leader can make us feel as if the sky is falling.

Women are not a monolith

I know, I know, there’s a special place in hell for women who don’t help other women. Taylor Swift taught me that. Lucky for me, Margaret Thatcher didn’t need my help with anything, so I’m off the hook.

I’m of two minds about that adage. On the one hand, those of us who are familiar with the unique discriminatory challenge that women face should not make those challenges worse. (For example, don’t call a mouthy woman a “bitch” if you wouldn’t call a similarly outspoken man by a mean name. On second thought, just don’t call people names.) At the same time, it’s just as sexist to think that we shouldn’t be allowed to criticize each other when we have legitimate disagreements.

History is long, and it’s never over. After a few decades we’re still fighting the same battles about government that were being fought during Thatcher’s era (minus the communism). It will be many more decades before history has rendered a verdict on her, or on the late 20th century, or on our own era. Will she be seen as someone who changed history, or one who was caught up in its tide? And are either of those accurate?

When we recognize the passing of a public figure we may be mourning, but we are also checking in: checking in with the sweep of history and the ocean of culture we can’t always identify. Thatcher’s death reminds us not just where we were, but where we are, and who we are.