In my many years at Jesuit institutions I can’t tell you how many times I’ve heard Ignatian  spirituality described as social justice and intellectual curiosity without any of that pesky “Catholic stuff” weighing it down.

I imagine poor Iggy spinning in his grave when hearing his eponymous spirituality characterized as essentially clerical Unitarian Universalism. His exercises are based in Scripture, his spiritual autobiography features the Trinity, Mary and the Saints, and he founded an order of Catholic priests and brothers.

Don’t get me wrong: it is wonderful that elements of Ignatian spirituality transcend creedal lines, but the Jesuit mission cannot be separated from its Catholic nature and Christocentrism. 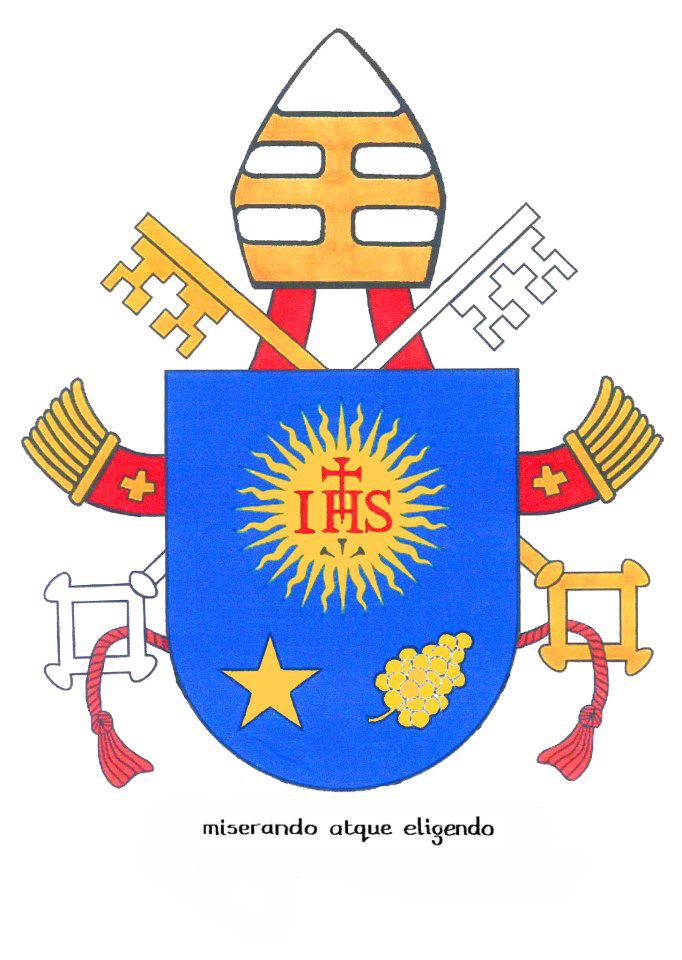 The new Bishop of Rome, to the delight of many of my colleagues, has placed the Jesuit seal (including the first three letters of the name of Jesus in Greek) smack in the middle of his papal crest. My hope is this will continue to remind people that the Jesuits are about more than service trips and bestsellers and good basketball teams, though all of these, in their way, further the mission as we find God in all things.

Perhaps a Jesuit Pope will remind people that the mission of the Jesuits and their “lay colleagues”, as we’re called, is rooted in faith and fidelity to Christ and his Church. I say this  not because I want to box us in, or draw lines around our special group, but because it is the truth and a truth often glossed over.

We are created to praise, reverence and serve God, and by doing so to save our souls. This is what Ignatius’ First Principle and Foundation tells us, and I believe it strengthens rather than weakens the more culturally acceptable expressions of the Jesuit mission. As we continue to get to know our Jesuit Pope, I pray it becomes even more apparent that the goal of those of us who try to follow the path of Ignatius is not just to do great and admirable things but to do them for God’s greater glory, inspired by the love of Christ and in faithfulness to his Church.