There is no shortage of good days. It is good lives that are hard to come by. A life of good days lived in the senses is not enough. The life of sensation is a life of greed; it requires more and more. The life of the Spirit requires less and less; time is ample and its passage sweet. – Annie Dillard, The Writing Life

A few moments from my retreat:

As always I’m told to sl 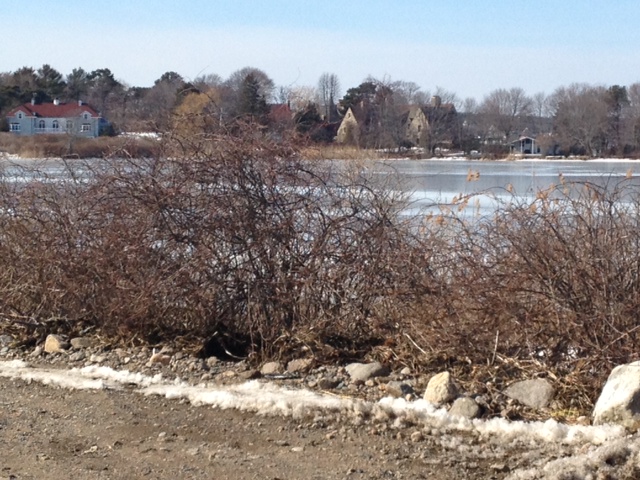 ow down, slow down. Early in the retreat I went on a walk and set off at my usual quick-tempoed pace. Hearing in my voice the guidance of my directors I asked myself “Why are you walking so fast?” and the answer came clearly and quickly: because that’s just how I walk.

There was an older woman who walked with a cane and who I feared might beat me with it after a few of our interactions. One morning I offered to help her carry something, one of my few violations of silence, and she declined forcefully. I don’t want to claim she was too proud – I don’t want to lay that on her. At mass I was relieved when she wished me peace and smiled to reveal aged teeth. Then on the way to dinner I rushed in front of her to hold the door; she took her time on the stairs and everyone saw and I think I embarrassed her. Sorry sister.

After another walk my mind wouldn’t stop racing so I willed myself to sit in quiet and silence. I rested, cross-legged in front of the sacrament, looking for peace. I realized I was looking, too, for something, anything that would feel like a “reward” for sitting still. I tried, instead, against my flawed nature, to simply offer myself. Maybe God just wants my company, like the King throwing the banquet to which people don’t come.

One of the tiniest of the many petite sisters on retreat had a cherubic face that suggested people called her cute long before she entered the “cute-white-haired-sister” phase of her life. One evening at mass she was seated next to the tallest man on retreat, tall by any standards and even more by those of this retreat. After communion he sneezed forcefully and she jerked in her chair. Then she turned to look at him with laughing admiration, as if amazed that one among us could make such a powerful noise.

On the penultimate night of the retreat, my prayer prompt invited me to picture Jesus next to me and tell him what I had to say. I closed my eyes and saw him at the foot of the bed and asked “Do you love me?” For a moment I fancied myself Simon Peter in reverse, asking that question three times, but the response came so forcefully that I didn’t need to ask again: Yes, of course, always I love you.