To admit my bias from the start I will begin by saying I don’t find dressing provocatively to be a form of female empowerment.

Due to my aversion to exercises in futility, I don’t often engage in arguments about this, because all someone has to say in response is YES IT IS!! and where does one go from there? And then I sound like the old-fashioned shrew who criticizes other women and has a superficial preoccupation with appearances.

There’s a piece on The Atlantic blog titled Killing Sexy Halloween about the annual uproar over young girls and teenagers wearing revealing costumes. Anyone who has seen a 13-year-old in short shorts or pants with writing on the rear knows that this issue plays out every day, though on Halloween its effects may be most glaring.

We also know that it’s not just teenagers, that women of all ages (though usually young) keep certain body parts on display all year round. One person’s modesty is another’s inappropriateness, so for the sake of the rest of the article, I’d like to focus on people who deliberately dress “sexy”, and let’s define sexy as “trying to sexually arouse the people around them and/or trying to display sexual availability.”

[As another disclaimer, let me be clear: I absolutely do not think that an argument against sexy outfits on young people is that they are “asking for” assault. No one asks for assault. No person is culpable in another person’s sexual aggression.]

Perhaps because I have spent too much time thinking about Ignatius concept of “Deepest Desire“, when I think about why people act a certain way, I often try to imagine what it is they want, what they are trying to accomplish. For instance, when confronted by an irksome blowhard, I think “why does this person value people thinking they’re smart over having people like them?” or “why does this person want to be viewed as wealthy more than they want to be viewed as compassionate?” etc.

So my question for the folks who will dress up as Sexy Pumpkins tonight is this: why? I have a few guesses as to what the answers might be.

Sorry, that does not pass my rigid clinical standards. Please tell me why it makes you feel good.

2. I want to be viewed as sexually available because I would like the physical stimulation of a casual sexual encounter.

This one troubles me, but at least it is honest.

Now we’re getting somewhere. Especially among teenagers, I suspect that most sexual acting out is due to a desire for companionship. I find it terribly sad that most girls are told that the only way to have the companionship of a romantic relationship is by pimping themselves out. Yes, it is easier to get someone to sleep with you than to care for you, and yes, it has been known to happen that emotional intimacy follows physical intimacy, but at what cost?

4. I want to be attractive.

Would that I had all the money in the world and could run PSAs announcing “Sexy is not the same as elegant!” A woman can be attractive without looking trampy. And an attractive woman can be a lot of other things too: smart, accomplished, talented, but when someone looks trampy, it hides all the other things (and don’t get all “It’s not my fault the world can’t see past the front of my bra falling out of my dress at Mass/school/a job interview!” That’s the way it is).

5. I want the upper hand, and being distractingly sexual in dress gives me power in social situations.

This is the one that breaks my heart, and also the one that resonates most with me. It’s so easy to take the easy way out, and to say “the world has decided to judge me in terms of my appearance and by how much men desire me, so I’m going to play by the world’s rules and get mine”. For me though, that would be a deal with the devil, buying in to a system that will never allow me to win.

Obviously I won’t be dressing as a hyper-sexualized version of a gourd tonight, and I don’t want this to come off as a condemnation of people who do. I remain curious, however, as to what motivates my sisters who will. It’s behavior that has already been lampooned and satirized to death, and when we’re willing to do something that might get us laughed at there must be some sort of other payout. I’m curious what that is, and if the way we dress might not be the best way to get it. 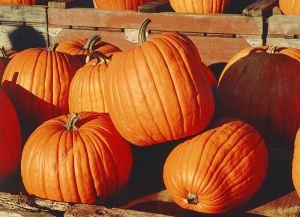