Again. Another shooting. Another reason to say “how awful”, another opportunity for your heart to break.

This one hits close to home, so I’m sitting here weeping, but most of what I think about is some political coverage I watched last night. The dominant political voices right now are telling people to be afraid, to be angry, to be superior. The target is often changing – immigrants, political foes, foreign nations, women, the poor. People with microphones whip crowds into frenzies demonizing “the other”, and then describe fantasies of dominating those others, of putting them in their place. And if you don’t like what these voices of rage and revenge have to say, you’re told to sit down and shut up.

We teach people to hate, to fear, and to desire comeuppance, and then we shake our heads when individuals act out violently.

I know that one has to be careful what one says in the wake of tragedy, that calling out cultural influences risks “politicizing the event”, but the stakes are too goddamned high right now not to.

If you encourage people to view certain groups as “the other”, if you encourage the emotional immaturity of grudges, violence and vengeance, if you think domination is more virtuous than peace, you are part of the problem, and you’re the one who needs to sit down and shut up. 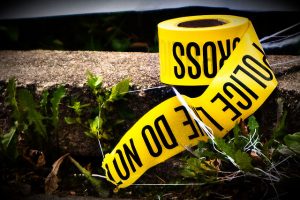