The Amtrak was 20 minutes late when it rolled into the station and we all wormed our way on. I quickly found an open seat next to a small dozing man and started attempting to acclimate myself to the car’s peculiar smell and frigid temperature. With ginger ale in the seat pocket and old issues of America queued up in iBooks, I was ready to go.

Before my ticket was punched the innocuous sleepyhead next to me shifted his whole body toward me and started to snore. I looked around. A kindly white-haired woman with an open seat: salvation! So now I write while she plays solitaire on her tablet, and the smell has either abated or I’ve gotten used to it. I’m on my way.

My quasi-vacation (aka the week of my sweetheart’s vacation when I didn’t do a whole lot) has come to an end. I had a gig in NYC yesterday which was a nice diversion, because I was starting to feel a little restless. Not that I wasn’t content plowing through books on the beach, but I was starting to feel the pressure of not having written, worked, or replied to any emails for the better part of a week.

But that’s all about to come to an end! Before it does, here’s quiet week, by the numbers.

Movies: 1.75: Shattered Glass (so good we both stayed awake), Grown Ups (not horrid, but when I found out Adam Sandler et al were turning their weekend at the lake house into a week, I didn’t think I could make it to the end)

Books: almost 3: Omnivore’s Dilemma, Mysteries of the Middle Ages, Dandelion Wine (in progress. I borrowed it from a library out of town so I have a deadline to finish it)

I expect most of this will provide fodder for the next week of writing. For now, though, I leave you with a picture of the good life. 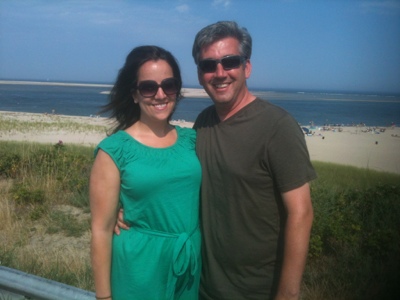