How often are you acting like yourself, instead of being yourself?

That was a question I confronted during the first silent retreat I went on, when I was in college. Stripped of words (my usual tools in the effort to impress people) I realized that there was a difference between being myself and acting like myself. To an observer these states were similar, but in my heart there was a world of difference between a life of sincerity and one overly concerned with how others viewed me. 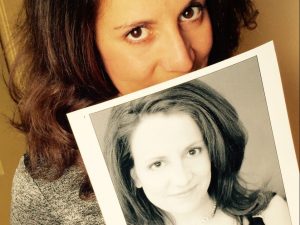 This was in the pre-Instagram era, before performing one’s life for a camera became endemic. And I’m not trying to slam social media – I use it for connection, entertainment, and yes, self-promotion. But I know I am at my best when I am not performing my life for a viewer but living it in a way that gives me joy and aligns with my values.

And yet, as a singer and actress (and even as an educator), I love performing. But I’ve learned over the years that the best artists are the ones who are not slathering an act over their authentic selves. Rather, they are honest about who they are. The best artists are emotionally mature, generous and grounded. Their performances elevate rather than deceive.

I need periodic reminders that my life is not a performance for others, that there isn’t enough space in my head for all of the imaginary people I yearn to impress, and that I am doing a doing a disservice to them when I attempt to make an impression on them rather than connect with them.