Once we he was going out of devotion to a church situated a little more than a mile from Manresa…as he went along occupied with his devotions, he sat for a little while with his facd toward the river which ran down below. While he was seated there, the eyes of his understanding began to be opened; not that he saw any vision, but that he understood and learned many things, both spiritual matters and matters of faith and of scholarship and this with so great an enlightenment that everything seemed new to him. – A Pilgrim’s Testament: the Memoirs of St Ignatius Loyola.

After long months of pilgrimage Ignatius arrived in Manresa. On the banks of the Cardoner River he had deep spiritual insight that transformed him. I have been hearing this story for years.

Last week I was able to go to Manresa. It was steaming hot and the sun was strong. Our group was tired from long travels and moving past that first glow of pilgrimage. Later in the day we would go to the Ignatian Spirituality Center in Manresa and celebrate mass in a chapel over a cave where Ignatius wrote the Spiritual Exercises, but first we had to see the famed Cardoner. 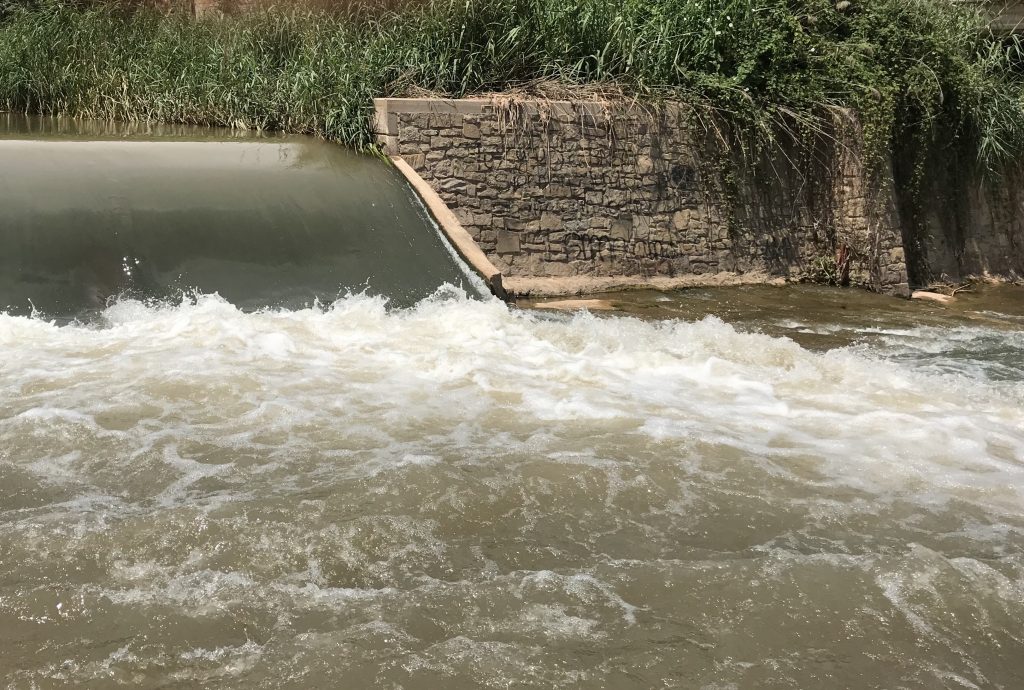 I was drenched in sweat and getting sunburned. People were swooning from heat as we walked over the little bridge to get as close to the river as we could – probably closer than Ignatius was when he had his great enlightenment.

When we reached the banks we plunged our feet in, relishing the cool water and the relief it gave us from our heat and weariness.

I didn’t have a profound spiritual experience. I didn’t have a major enlightenment. But with those cooling waters God gave me exactly what I required in that moment. As I looked around at my fellow pilgrims I was convinced anew that God gives us exactly the grace we need. 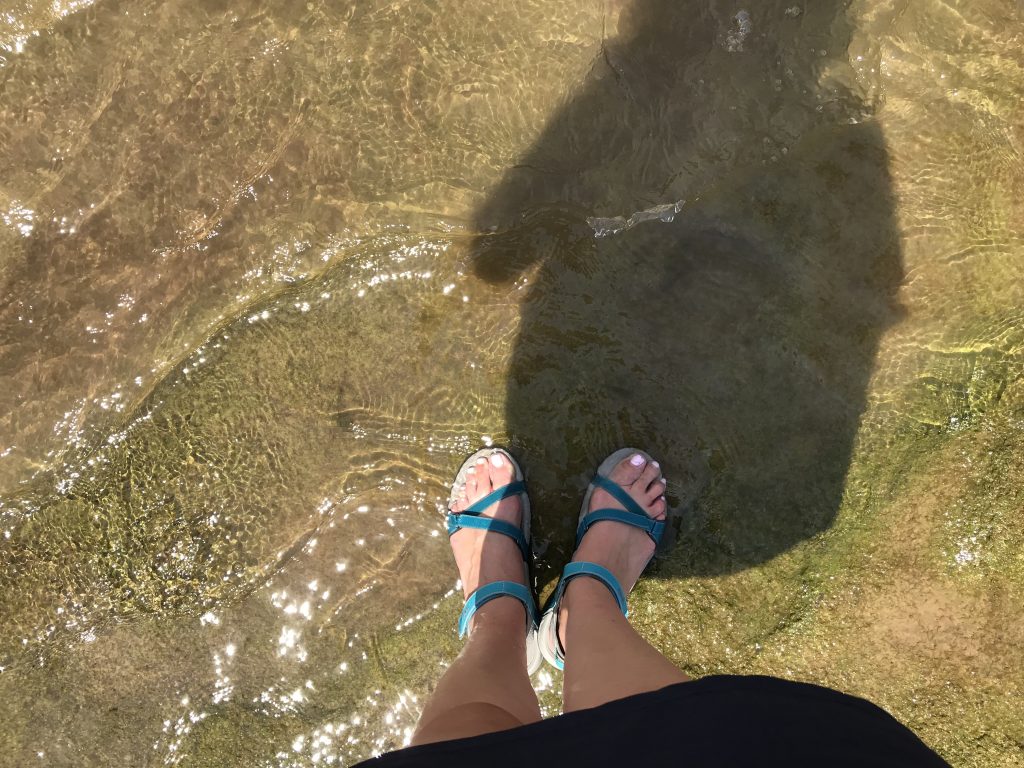