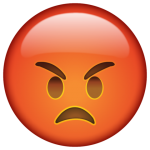 I was in high school when the OJ Simpson verdict came down. I hadn’t followed the story with any great care, and I didn’t really have an opinion on it. But when I heard the news from a fellow student at our lockers, I muttered “he should have fried.”

Immediately I felt uneasy. I didn’t really mean that. I was trying it out to see how it sounded (which is something lots of teenagers do). And I really, really wanted to sound tough.

The more time I spend on the internet, the more convinced I become that most of the “hot takes” and controversial statements that provoke fights on the internet are caused by the desire to sound tough. But rather than outgrowing it, as I have tried to, it seems that many people have become coarsened by it. It has made us stingy and cruel, and it breaks my heart.

Who decides what we deserve?

I often hear the statement that one shouldn’t give a panhandler money “in case they spend it on drugs”. I have written before about how my choices to be generous have less to do with the recipient and how I might judge their want, and more to do with the kind of person I want to be.

If I am really committed to generosity and charity (which as a Christian I claim to be), it shouldn’t matter whether or not the recipient meets my standards. I feel a moral responsibility to figure out where the line between prudence and stinginess lies in my heart and pocketbook, and to make sure I’m always on the right side of it.

The right kind of suffering

Since I have a pre-existing condition, of course that caught my eye, and I was fired up about this fallacy that health issues are always the fault of the sufferer. But as I thought more I detected a remarkable stinginess in it that betrays a fundamental concept of insurance: not only do we contribute to insurance so that we may be protected in the future, but so that others in our community may also be protected. And it shouldn’t matter whether or not I think someone “deserves” to be sick.

Laugh if you want at this idea, but I don’t think it’s that off base. Long before I developed Crohn’s I happily paid into insurance and planned to never use it. I pay taxes so that there can be improvements made to my city, state and nation, even if I don’t directly benefit from those things. I don’t think I’m unique in this regard. The challenge I face is not to give into the temptation to judge who is worthy of being helped.

Also in the news recently was Arkansas’ rush to execute multiple inmates before their execution drugs expired. The stories that came out about these convicts were heartbreaking. Some had lived through extreme child abuse, some had diminished mental capacity, most had lived in poverty, and because of their poverty had horrendous representation in the legal system.

But for some death penalty proponents, their insistence on promoting the state’s right to kill prisoners outweighed all of these things. Staying tough was more important than determining if justice had been done. Even for someone who thinks the death penalty is moral or just (which I do not), it should be troubling that men who are vulnerable – or even innocent! – are being executed. But to be troubled by that wouldn’t be “tough”.

“The Sacred Right of Self-Defense”

In a recent speech to the NRA, President Trump referred to a “sacred right of self-defense“.  This was my first time hearing the term, though it seems to be popular in certain circles (I’ll leave you to guess which circles those are). I fail to see any Scriptural basis for this, particularly in the life and example of Jesus, but I guess if you read the quasi-Christian Deist writings of the Founding Fathers in the right light and squint, you might be able to find it.

There are lots of reasons to own and use guns, but in the last 15 or 20 years one has risen to the top: to kill people if you decide you need to. As someone who grew up thinking of the NRA as a group for hunting enthusiasts, I have been saddened and troubled by this change in rhetoric. Some speak so blithely about the possibility that they might need to kill someone, and take for granted that they will have the judgement to decide if this is necessary. We have even codified in Stand Your Ground laws that you don’t even have to be right about whether you were threatened – you need to prove your feelings, not an actual threat. What have we become?

This in a land of safety and abundance

Crime rates are low. People have more technology to lock their doors and surveil their property. And on top of that, many, many people we meet everyday are good and kind. But we put up our hackles, imagine offense and assume the worst.

Many of us – not all, but many – have more than enough. I am included in this group. I could be more generous and less judgmental of those who present themselves to me and proclaim their need.

America has astonishing amounts of wealth, and an even higher amount of creativity and ingenuity. We could educate and feed every child. We could structure a health care system that isn’t focused on enriching insurance and pharmaceutical companies. We could create a restorative justice system that treats people with dignity. We could make beautiful open spaces where people come together. We could live in diverse neighborhoods where we learn from each other. America could do all of these things, but we choose not to.

I don’t know if this is because we are obsessed with being tough, or if we terrified of losing what we have, or because we have been trained to be terrified of others, or if we are so used to radical independence that we are blind to our interdependence. I wish I had more of the answers. For now I see too many symptoms of cruelty and hardness but fail to see a cure, other than to keep working on keeping that plague of bravado out of my own heart and voice.