Around Boston there are many neighborhoods where grand manses sit imposingly behind gates, surrounded by perfectly manicured lawns, with wildly expensive cars in their large garages. I can’t remember exactly when I realized that such a lifestyle was out of my reach, but I am grateful that it was around the same time that I realized I didn’t care to live in an enormous house.

At least in an area as expensive as Boston, you don’t just work really hard and someday have a huge house. You either have inherited a ton of money, or you have devoted your career to making a lot of money, or both. I have done neither of those things.

(Now that I think about it, being rich is a lot like being skinny: you were either born with it, or you pursued it with single-minded focus.) 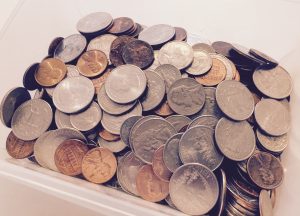 Though it’s hard to remember now, there was a time when I didn’t have to pay a whit of attention to the Trump family. I’d never heard the name “DeVos” or given much thought to Amway, and I’d never heard of Steve Mnuchin. But now I spend a lot of time pondering the mega-wealthy, and I have come to the conclusion that I’m not impressed.

There are very many things you can strive for in life, and some choose to put their focus into amassing more wealth than they could ever possibly need. I don’t find that particularly admirable.

This is not to say that it is impossible to admire wealthy persons. We can all name interesting, generous, creative people who have pots of money, and multi-million dollar institutions that do a lot of good.

It is also not to say that one must be driven by avarice to become wealthy, but it’s hard to deny that some of the ultra-wealthy are. And there are always other motivations: for some an abundance of financial resources means comfort, or security, or respect, or power.

When I hear that having much more than one needs is the same as being a “success”, that equation rings hollow. I know lots of people who are successful: they have distinguished themselves in artistic excellence or athletic achievement, in gaining the skills they need to educate others, in practicing self-discipline, in learning to love their neighbors. Compared to these successes, making lots of money seems pretty boring.

What do you think? Does having a ton of money make someone a success?