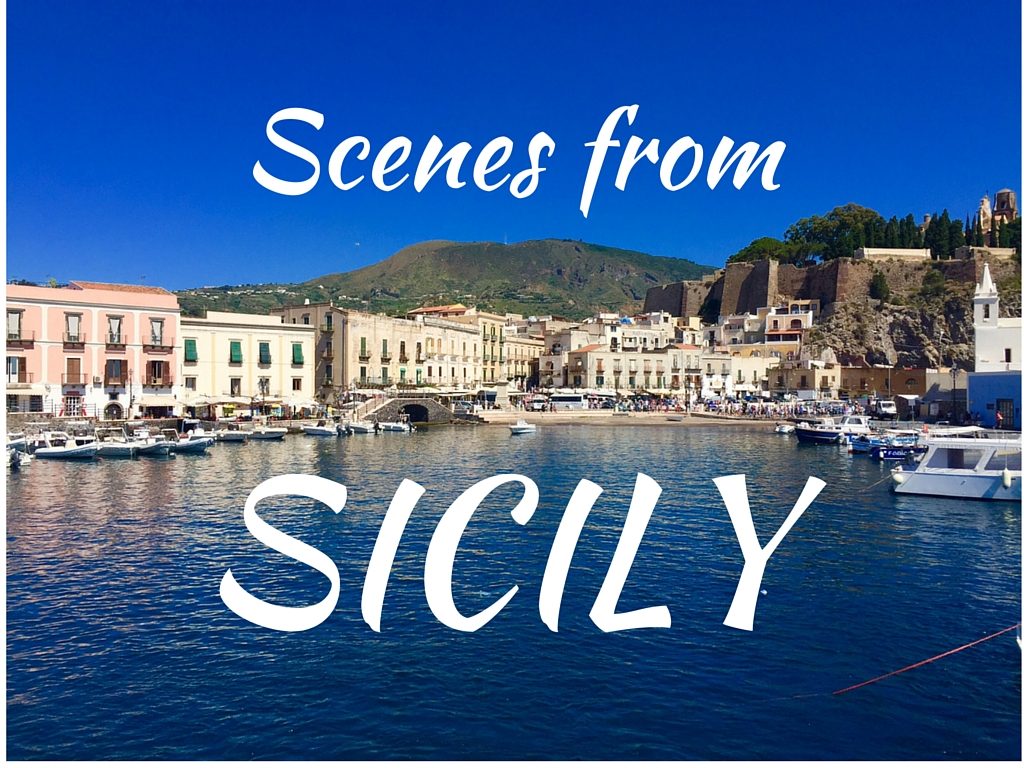 When Catania was destroyed by an earthquake and a volcanic eruption in the 17th century, its citizens rebuilt it in an unmistakably baroque style.This is especially evident in its many churches: around every corner is a towering stone church with an ornate facade. Perhaps the prevalence of these magnificent buidlings explains the thoughtless graffiti that mars so many of these edifices that might be revered in another place. 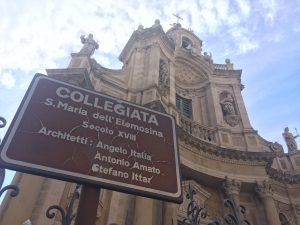 Many of these churches have gates in front to keep out vandals. On a Monday afternoon a crowd gathered on both sides of the open gate of Santa Maria dell’Elemosina. A white runner ran out the door of the Church, and we stopped to admire the fashion of the guests. (How do Sicilians manage to always look so good, even on a Monday afternoon?)

A car pulled up and pulled everyone’s attention toward via Etnea. A well-dressed driver got out and opened the door for an elderly gentleman in a tux, who in turn opened a rear door for the smiling bride. Her attendant, perhaps a younger sister, in a long blue dress, with braces on her teeth, slide out of the backseat after the bride.

Family and friends applauded while a man in a light-colored hat softly played the accordion. The bride walked up the runner through the gate and into the church while guests followed.

With my love of liturgy I was dying to see what happened inside, but we were on our way to get an aperitivo and had been delayed long enough. Later, while sipping Garibaldis on the Piazza del Duomo I saw that accordion player again, realized that he had been a wedding bystander just like us, and marveled at how tasteful his playing had been. 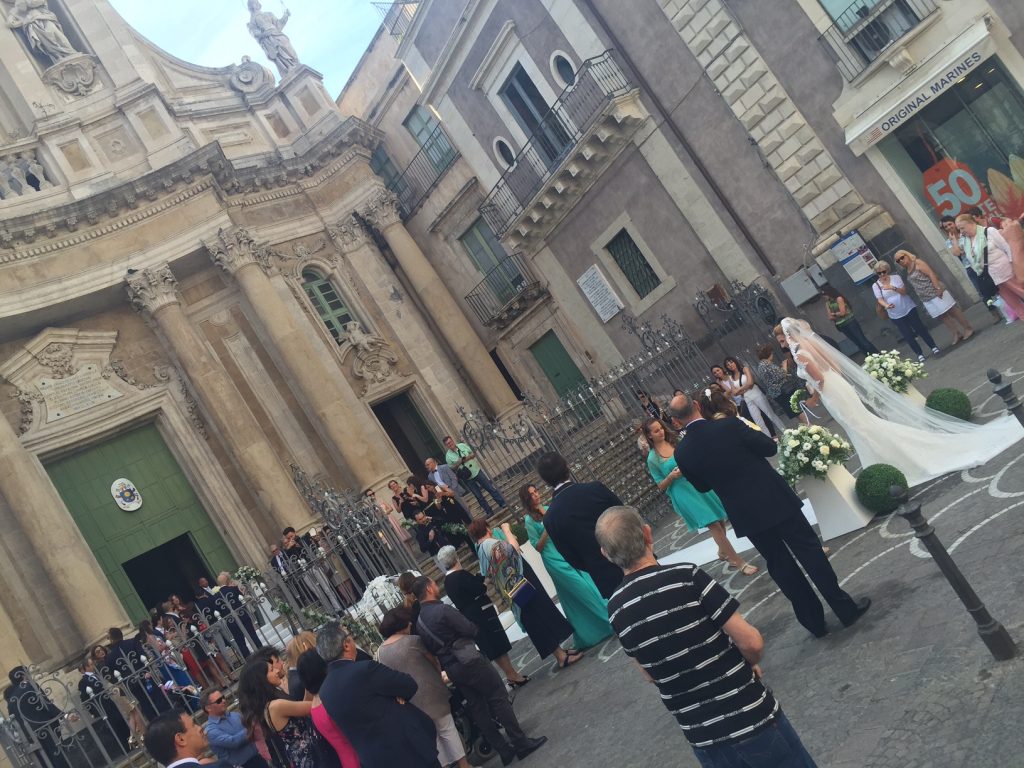