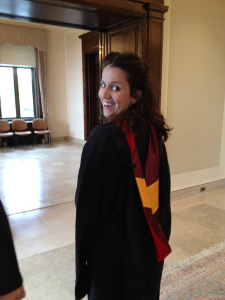 I am much more careful when I write than when I speak.

Naturally inclined to run off at the mouth, and with poor impulse control, I am in a constant battle with self to temper my speech, but have always attempted to be more prudent with my writing.

The best of this is rooted in a desire to only record on paper or screen what I really mean, to take the time to research and think before I write something I will soon reconsider. I also am driven, particularly when writing about the Church, to accurately represent Church teaching and history, and to avoid causing scandal by muddying the waters or misrepresenting the Church.

But if I am honest, I have to admit I practice carefulness mostly because I hate being criticized or made fun of.

Those times when I have pushed the envelope or taken on a controversial topic, such as being a Catholic woman, or Baltimore, or mass shootings, I have gotten pushback. Each time I stake a claim that reveals my ideological stripes, I get nasty comments and messages. I even have a few people now who regularly email me to tell me how terrible I am. How they find time for this eludes me, and their commitment to setting me straight would be impressive if it weren’t so annoying. (Their messages go straight to spam).

The latest kerfuffle in the Catholic nerdosphere has to do with taking such care. For those who haven’t been following, a number of theologians signed a letter to the NYT suggesting that a prominent columnist should be a little more careful when he puts theology in service of punditry. Honestly I don’t want to get in to the whole mess. You can read more about it here.

I didn’t love the letter. I thought it missed the point, came too close to implying that some people don’t have the right to talk about the Church, and its timing reeked of petulance. Still, I admired many of the signers and appreciated what they were getting at.

In the last few hours “the other side” (and oh how I hate there are sides in American religious discourse) took on one of the young PhDs who signed the letter. Maybe they were tired of bashing Jim Martin, or realized John O’Malley could write circles around them, or just felt like dragging a new name through the mud. So they went through a bunch of Katie Grimes’ work, picked out the bits they don’t like, and made fun of it. Commenters and tweeters are piling on, and now she’s a heretic, she’s the one who needs to be silenced, she’s the problem with American theology, and education, and scholarship, and liberals, and everything.

I wish I hadn’t read the piece, and I am not going to link to it here, because it sent shivers down my spine. I see plenty in her work (as I can in most) that is worthy of critique, but this is another example of how the blogosphere and social media have permanently blurred the line between critique and abuse. It’s my worst nightmare, and it has become the price you pay for speaking out.

I know better to think that being quiet can keep us safe, and yet I have clung to that illusion. I am ashamed for the times I should have made stronger statements than I did because I was afraid. I will not abandon prudence, but I keep working to avoid contaminating prudence with fear.