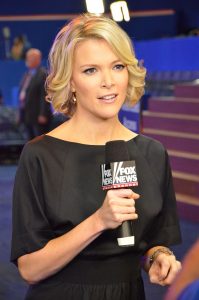 When history judges our era’s collection of liberation movements, it may well note that progress for women’s rights was halting and disjointed. Other groups advocating for legal rights and an end to discrimination, such as gays and lesbians, trans activists, and African-Americans appear, for the most part, united and tactical. For most of these groups he stakes are much higher, which helps explain their commitment. Women just can’t seem to organize, so we yell at each other about breastfeeding and disagree on an Equal Rights Amendment and insist that some rape victims were asking for it.

Perhaps I’m disillusioned more about feminism (and the lack thereof) than I am about other movements because it hits so close to home. But I absolutely believe sexism exists and that we have the capacity to do much more about it than we do. And I believe that fault lies at the feet of white women.

If you’re a white woman and you play by the rules, you can still enjoy whatever portion of the white man’s power that he is willing to dole out. If you align yourself with the right people – or better yet the right spouse – you can be very comfortable. If you make yourself attractive and easygoing and get the male bosses to like you, you can get a promotion. If you make yourself “sexy” you can become famous. If you don’t mind being objectified and degraded, all the better. If you can stay docile and malleable you can find a husband who will give you an allowance and keep you in furs. I’m not sure the power will ever really be yours, but if you maneuver the current unjust power structure you can be pretty darn comfortable.

I see the allure of this approach. Wanting to blow up the patriarchy is exhausting. Standing on principle is thankless. It’s awfully hard to find success on our own terms. There are days when it is easier to put on a dress and innocuously flirt just the right amount to make the people in charge happy, and enjoy the comfort of being allied with the powerful for a time.

Last week Megyn Kelly was sniped at and insulted by Donald Trump during and after the Republican primary debate, and this bizarre phenomenon of white feminism was all I could think of. She’s done it all right: pretty, aligned with the powerful people, with a helping of accomplishment and talent thrown in to boot. She played by all the rules and she still received gendered insults and continues to have degrading and vulgar comments directed at her.

So when are we going to realize that we can’t ever be quiet enough, or pretty enough, or blonde enough or obedient enough to be safe from this sexism that we can’t even bring ourselves to agree upon? You speak up, you get shouted down. You ask for more, you get ostracized. You spread your wings and the haters sweep in to snip them off.

This is what sexism is, and just because you have managed to find a bubble where it doesn’t touch you right now doesn’t mean you’re safe. I wonder if, for all her privilege, Megyn Kelly knows this, because she raised concerns about calling women names that she herself will never be called. And finally, the powers that be have rallied around a woman who is as close to one of their own as we are going to find.

When will it finally go too far? When will we recognize that the work of liberation is not over? When will my fellow white women realize that not only must we raise our voices for ourselves, but that our fate is entwined with those groups who are fighting more dangerous battles? When will we realize that there’s more to life than comfort, and that ease achieved without freedom is less than our birthright?