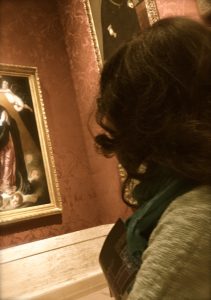 I have to tell you about my vocation to the single life, but I don’t have much time. In a few short hours I will be married, and no single person will ever be able to relate to me again.

Before I met someone with whom I cared to share my time and life I was single for my entire adulthood. There were dates here and there, and a share of misspent kisses. There were intense crushes, which I see now offered all of the flirtatious thrill of falling in love with none of the stress or commitment.

I lived this life deliberately, spending my time extravagantly because no one else was owed a share of it. I believe I was living a vocation in that I was responding to God’s call to deeper relationship through my particular lifestyle.

I worked long hours at various jobs and I learned much about my fields. I observed mentors and teachers, took every gig I could get, and explored where I could be successful.

I built social, experiential and financial capital, knowing that such busy lifestyle had an expiration date, and that I’d be glad I gained connections, expertise and a nest egg when the time came to slow down.

Rarely did I feel lonely. If there was any anxiety about my lifestyle it was that someday, when the time came for romance, I wouldn’t be able to figure it out.

By living intentionally, I believe I was contributing what I could to the discipleship to which I was called. God called me to live productively just as I was, dreaming neither of a different future nor a different past. This was my vocation.

When we think of vocation we tend to think of finality, a goal accomplished, a fixed point to which God calls us. But if that were the case God would be silent for most of our lives, only chiming in for those few moments when we are shuttled into a new, permanent phase of life. But discipleship is a path, and our vocation is to stay on the path but to keep moving.

During the first rocky months of knowing Robert I felt that call to move. We were hesitant, as we lived hundreds of miles apart, were invested in our careers, and were too old to waste time on something that wouldn’t work. I prayed more intensely than ever as we discerned separately – though we wouldn’t have called it discernment at the time. Few questions were answered in this prayer, but the crucial answer came: God wanted to teach me a new way to love, and this was the most important knowledge I could have.

My lifestyle had to change, I had to slow down, which was made more urgent by my developing Crohn’s and being diagnosed on our first anniversary. I drove to see him. I cleared my schedule on weekends. I talked on the phone, which I hate to do. It’s not trendy to say we change our lives for love, but it is foolish to believe we don’t have to change.

I am deeply proud of how I lived until my life changed at thirty. I am still adjusting to my new life, but I hope that by focusing on the love and generosity of spirit to which God calls us I can shape my life in admirable ways.

I don’t make a habit of giving advice on this blog, but I feel as if I have some so I will make an exception:

Be where you are, and be your best where you are. Don’t long for change you can’t control, or if you must long, don’t let it get in the way of dealing with reality. Learn relentlessly and love ferociously. There is no destiny. There is no goal. There is no fate. There is only the path, growing in front of us in surprising directions with every step we take.