Good Friday one year ago: I had no singing engagements. I attended 3:00 pm service with my mother and we sat near the front of the church. Someone sang beautifully and it wasn’t me and I was envious.

I couldn’t stay standing for very long, and though my pain was minimal it was clear that Crohn’s was now causing more than just “a few bad days”. During the great intercessions the presider led us through “Let us kneel” and “let us stand” and I did the best I could with my poor broken body.

When the time came to venerate the cross I saw a school-age boy move himself forward with crutches and leg braces and I thought “Don’t you dare feel sorry for yourself, Margaret. Don’t you dare.”

In January I was admitted to the hospital on a Friday. When Sunday dawned and I was still hooked up to an IV I asked a nurse if she could have someone bring me communion.

Emily arrived with long hair, a teenager’s nervous smile and a scratched maroon pyx just as the sun was setting. I took and ate. After she left I remembered I was on a liquid diet still and wasn’t to have eaten anything.

What was this bread I consumed?

What I do know is that it matters. The wounds we carry with us, the scars that seal our skin, those have been sanctified by the coming of Jesus in the flesh and by his true and painful death. 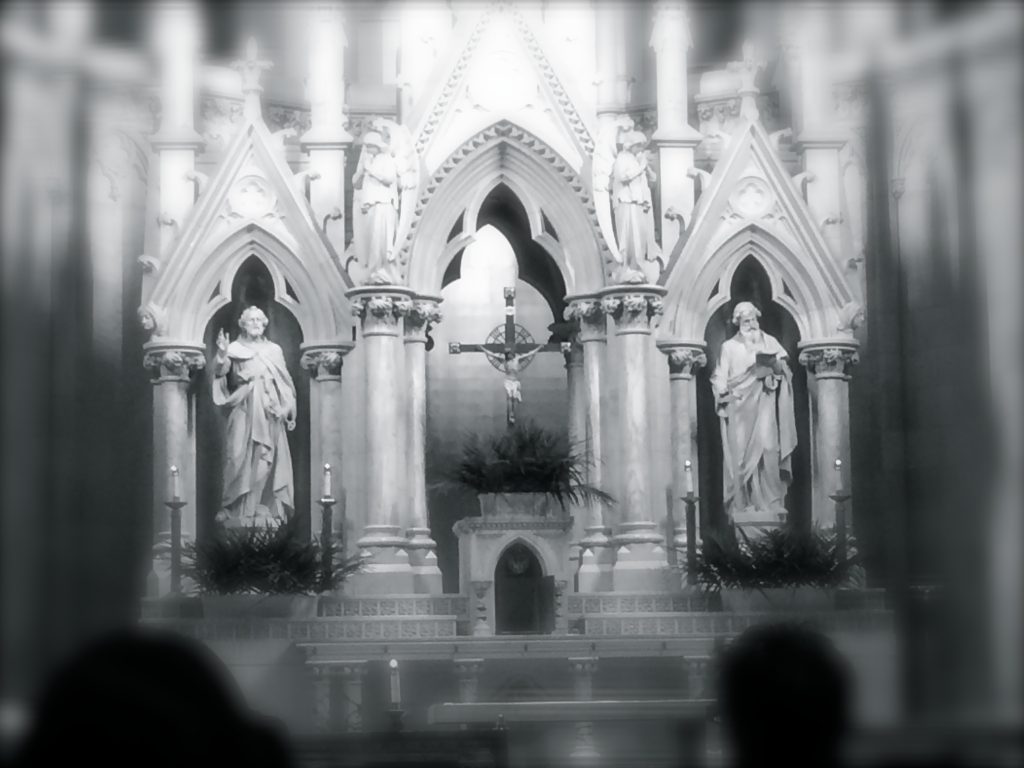 At Holy Thursday mass I breathed deeply to sing the opening song. And when from death I’m free, I’ll sing on, I’ll sing on. My belly pressed against my waistband, larger after having two months since my bowel resection, two months of being able to eat. I felt the ache of my most recent surgery, the one they did to put me back together, each time I took a breath.

Tell, my tongue, the mystery of the glorious body and the precious blood. We do not understand that which we proclaim, that’s why it is a mystery. I do not know what it means to have a body. I do not know how or why it works sometimes, and doesn’t others. I do not know what my suffering has to do with His. But I know that it does, and that it matters.