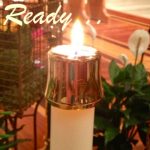 We are asked throughout Advent to stay ready. For the next few weeks I invite you to reflect with me on the many forms of readiness.

Like many young people, I went through a phase when I thought saying “Rather than give a homeless person money, I buy them something to eat” made me sound very thoughtful and prudent. This was, of course, when I lived in a suburb and didn’t have any regular interactions with homeless people.

There’s nothing wrong with giving someone food, is there? But after years of living in an area where I see panhandlers all the time, I have attempted to develop a habit of giving them what they are actually asking for.

You’re cringing. What if they use that money for drugs or alcohol? What if they are liars, or secretly have stashes of money, or in some other way are not worthy of what I have to share? 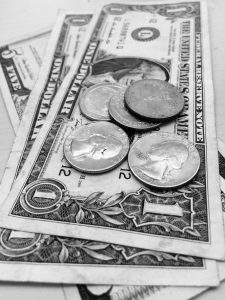 Even before I had gainful employment I had a practice of making modest donations to charity, because I knew that if I waited until I had “enough” I would never have enough.

I don’t tell you this because I want to be admired. I am not a generous person by nature. Like most human beings my inclination is to horde, to be stingy. I am not a nice person. So I come up with a set of rules for myself to be the person I want to be rather than who I am.

When I started hearing details of the torture report, this was, oddly, what I thought of. There will be those who are coldly logical about the whole thing, who will meet my disapproval with their rational calculus of benefits: what if torture saved 10 lives? What if it saved 10,000? What if the person being tortured had done x, y or z heinous acts?

Those are the wrong questions. The question I ask is “what kind of people do we want to be?” Are we a nation that is willing to engage brutality as long as the person being brutalized is part of “them”?

There’s not much that I can do about CIA practices or clandestine interrogation techniques, so I go back to focusing on my own inconsequential heart, trying to shape it, with God’s help, into a free giver of gifts.

What do you do to encourage generosity in your life?