This feels like a peculiar way to begin a post that is sure to ramble from my lifelong association with feminism to my confidence as a female leader in the Church, that is likely to meander around the many themes that have come out as people have written this week about Faith and Feminism. But this conviction, that God doesn’t make mistakes, is where it all begins.

If God made mistakes, I’m sure I would be considered one of them. I’m a little too short and a little too wide and a little too, shall we say, hirsute to ever have felt conventionally beautiful, but those complaints are minor compared to the major beef I had with God for a long time: why did you give me a vocation and also make me so…loud?

I know my sisters in ministry will agree with me: it is easier to work in this field if you are quiet. Surely, it’s easier to be a human female on this earth if you are quiet, but the expectations of meek-and-mild-dom are much higher when you are a woman called to serve.

For much of my life I have been socially punished for having stereotypically masculine traits. I’ve been glared at for speaking up in a meeting or making a request. I’ve been criticized for speaking too loudly or for being intimidating. The personality police have sat me down over and over to tell me what is wrong with me.

Sometimes I tried to change, but I couldn’t. I am confident. I am a born leader. I have a voice that was created to carry over the sound of a crowd. On the worst days, when the criticism was persistent and barbed, I became angry with God. Why would God make me like this if it was going to be so hard?

But even in the question is the truth I can’t escape: God made me like who I am. If I believe, through those marvelous moments of grace that sustain me day-to-day, that God loves me just as I am and that God created me in love, then I can’t believe that the most basic element of my personality is a flaw. God doesn’t make mistakes. 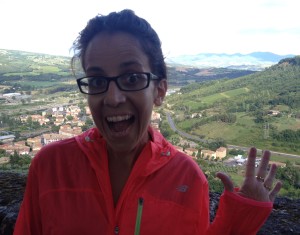 I believe that as surely as God made me bold and ambitious, God made others quiet, and others submissive, and others quite content behind the scenes. And that’s why we still need feminism, because far too many of us, of any gender, are told over and over that we’re doing it wrong, that when we obey the most natural impulses of our God-given personality we are sinning against the Almighty Gender Roles.

I am fortunate because my faith, both in personal spirituality and in communal expression, has allowed me to flourish. I have found communities that have nurtured my talent and drive, and I have established myself as a leader as I feel I was born to do. The Church hasn’t given me any more grief than society at large.

To me, this is what feminism is, what it has always been: a social movement designed to free us from “shoulding all over ourselves” when we haven’t met the world’s silly demands of how we exist as men and women. Faith and feminism have liberated me. I hope you can know this same feeling of freedom. You are not doing it wrong. You are fine as you are. God doesn’t make mistakes.