“Our imaginations shape our moral life”. This assertion, from the last paragraph of the following piece, originally posted in January 2011, reveals again the influence of Ignatian Spirituality in my life. I’m reposting it as part of my Ignatian Week, inspired by Loyola Press’ Find Your Inner Iggy promotion. With his feast day right around the corner, I’m planning to look at some of the ways Ignatian spirituality has shaped my own through re-posts and new material. [NB: the presidential speech mentioned in the piece is the address given at a memorial for the Tucson, AZ mass shooting victims] 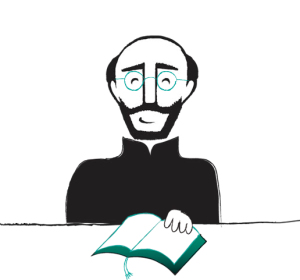 My suspicion is that I am unbearable to shop with. I have no problem traipsing all over a store, stopping to look at any bright thing, touching everything soft, smelling every candle. I imagine each item in my life – shoes on my feet, vases in my kitchen, linens on my bed. And then I walk out without buying a thing. Part of the reason is my miserly nature, but I also am skeptical that owning whatever I’d looked at could compare to my imagination.

Last summer I heard a series of lectures by John Bell, who snarkily referred to the imagination as “the bogus gift of the Holy Spirit”. The magic of what happens inside our heads is intangible, so we don’t value it, or talk about its power. My beloved Augustine declared “to reach the goal is nothing else but the will to go” – but unless we have imagined our goal we can’t begin the journey.

The great story of the conversion of Ignatius is that he read the lives of the saints, and when he imagined himself doing great things like they did, rather than the “great” things he read in his chivalric novels, he was filled with a satisfaction that didn’t abate. And so his imagination propelled him into heroic action because he listened to it and made it reality.

I was captivated by the line in President Obama’s speech last night about expanding our moral imagination. I’m not going to parse every line of the speech or imply that he was making a sweeping statement about the role of imagination in our moral development. I will simply say I was happy to hear the use of our imaginations stated as a worthy aspiration. What is empathy if not the imagining of the inner life of another?

Beyond empathy, our imaginations shape our moral life. I try every day to be better than I was the day before, because I can imagine a life in which I am better than I am. The relentless pursuit of improvement to which we are called can be exhausting.  We are guided in that pursuit by a vision that is ours alone, purportedly trapped in our imaginations yet freer than our habits.