In the room that we’ve always called the Great Room (due to it’s unclear function in my parents’ house rather than it’s natural superiority to other rooms) there are some unobtrusive cabinets hiding a large collection of photo albums. Although no one in the family is a particularly gifted photographer, there has always been someone at every event with a camera (usually the disposable kind from the drug store), documenting graduations, picnics, parties, haircuts, soccer games…you name it.

Although many of the photos are of people, there are plenty that are of things. Some are profound – the Grand Canyon, sunset over evergreens, a rose window, an impeccable 1957 Chevy Bel Air. The ones that thrill me the most are mundane, and I am thrilled for this reason: each photo means that someone at some point, found beauty in simplicity.

Tomatoes from the garden, in varying stages of ripening, lined up on the windowsill. Crocuses popping up in the rock garden. A duck swimming in the pool cover. An owl in the window of the barn. A good-looking clock.

There are more than a few photos of car dashboards (I know I took many when I was finally sending the hoopty to the graveyard). Occasionally you will find a pair of pictures of a car odomotor, one showing it at all nines, and then another of it just after it turns over to some new, large, round number.

Two days ago the odomotor on the Jeep turned over to 120000, and I didn’t notice until it was at 120011. I almost started to cry for my own preoccupation, for not being able to see that something simply neat was happening right in front of my eyes. There is a place for focus in a life, but there is a point at which focus turns into distraction, and we can’t see what’s right in front of our noses. 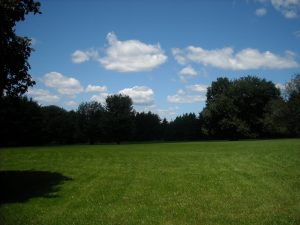