We interrupt the NOLA recap for two important announcements. 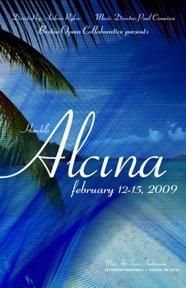 2. This news item raised my blood pressure before 7 am:

First, I doubt that the reactions were as varied as the media wants them to be. BC is a Catholic school, and most people get that. I’m always amazed at how people can miss the forest for the trees on things like this. The school’s Catholic identity is part of the mission statement, and people are getting their knickers in a bunch over crucifixes? If a professor really thinks that Catholicism is so contrary to the spirit of intellectual inquiry, why did they agree to do their intellectual inquiry at Boston College in the first place?

As a Catholic I have often found that people want to call me out on things like the Crusades and Galileo. And we’re the narrow ones? The time that Catholicism spent in the fortress is unfortunate indeed, but it doesn’t tell the whole story. The idea that Catholicism is incompatible with scholarship has been steadily disproven throughout the ages. I’d like to put some of these disgruntled professors in a room with Alcuin, Jerome, Thomas Aquinas, and the director of the Vatican Observatory and see who the serious scholars are then.

I will admit, that ugly new Ignatius statue outside Higgins? That is offensive.

Edited to add this quote from a friend: And when a mosaic of Dorothy Day is a problem for you, you don’t know what’s going on.